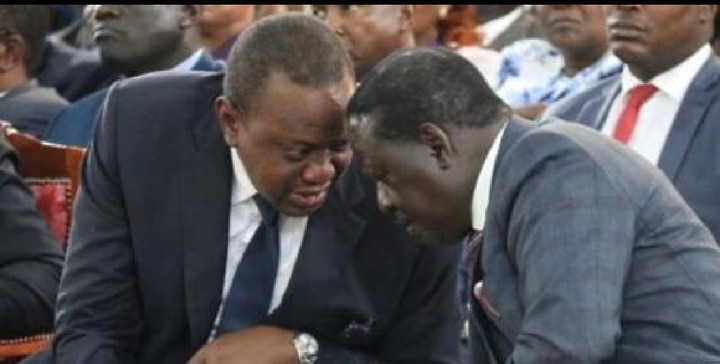 On Wednesday, October 7, while in an interview with Citizen Television, the Senator said that the Head of State confided in the Kieleweke wing of the ruling Jubilee Party that he was not interested in endorsing anyone.

"We love the President. We are praying for our President. We wish him safe retirement. By the way I am told he has told our colleagues in Kieleweke that he is not into this politics of endorsing anyone." Kang'ata stated.

"We pray for him and support his endeavors. Our competition is the problems that are bedeviling Kenyans," he added.

On the same day that former Prime Minister Raila Odinga rubbished claims that he would be endorsed by President Uhuru Kenyatta, Kang'ata's response comes.

He claimed that he was not Kenyatta's project but noted that if the Head of State chose to endorse him, it would a complement.

"I have a track record which is known. I do not need to be sponsored by anybody, I'll go to Kenyans to tell them of what I've done in the past and what I intend to do in the future." Said the Former Prime Minister.

"If the President supports me, it will be a compliment and I will be very happy," he added.

They argued that Ruto helped Uhuru clinch two terms on the premise that he would return the favour for the DP in 2022 and 2027 but the tables have turned and he's now endorsing his opposition leader Raila Odinga.