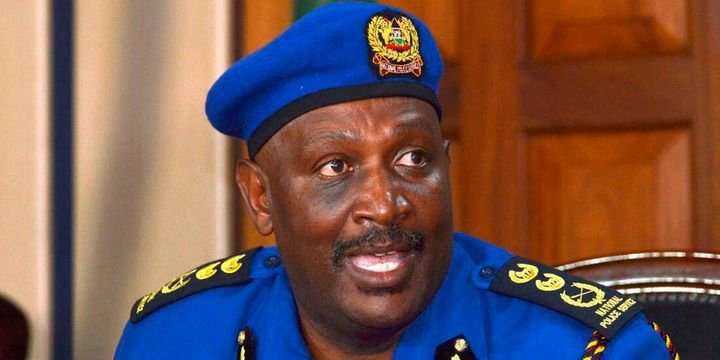 The inspector general of police Hillary Mutyambai has been subject to fake news and rumors over the last couple of hours with reports on social media alleging incorrectly that the senior government official had collapsed at his home.

The fake social media reports indicated that Mutyambai collapsed at his home and was rushed to Aghakan university hospital for specialized treatment. The reports propagated tension with many seeking to know the truth.

And now, the government through the national police service has finally come out to break its silence over the matter and reveal the truth to kenyans after the worrying reports.

In a social media message, the government revealed that the reports circulating on social media are fake and kenyans should promptly ignore them as they are not true. 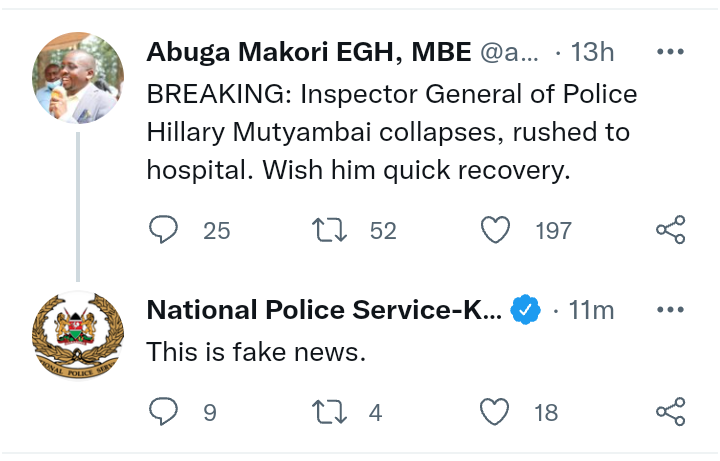 Ruto Slaps Hon Uhuru Kenyatta With Another Accusation While In Machakos, Sends A Message To Him