The Orange Democratic Party leadership has denied circulating claims that what happened to Jimmy Wanjigi in Migori was planned by the party. This is after rumours went viral Jimmy Wanjigi was betrayed by his own party members after he had slightly abused them for denying him a chance to visit Nyanza region. 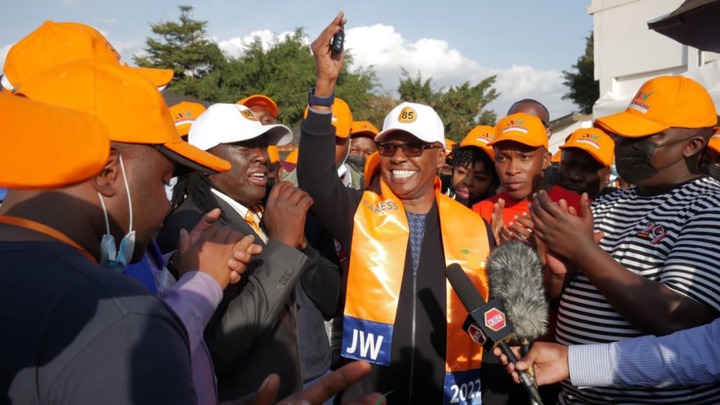 Suna East MP, Junet Mohamed has come to save Jimmy Wanjigi saying they have called upon the police to resume investigations in the involved parties. Jimmy Wanjigi was almost hurt when a stone thrown by the rowdy youths narrowly missed his head. The situation turned chaotic as police threw teargas cans to dismiss the youths who didn't leave until when Wanjigi left the place.

John Mbadi also reacted to this saying Jimmy Wanjigi was a loyal party member to ODM. He dismissed circulating claims that ODM organised what he experienced in Migori.

However, he said that ODM party Chairman and Mbadi himself were not aware of the meeting.

Muthama Responds To Uhuru's Plan Of Kicking Out Corrupt Officials, Exposes Why His Push Has Always Failed

Uhuru Finally Breaks His Long Silence On 2022, Tells Mt Kenya People To Wait For His Signal

No More Secret As Wiper Ally Opens Up On Uhuru's Endorsement, Reveals Why Raila is Preferred To Ruto

Why President Uhuru Got Angry, Addressed his Backyard In Kikuyu