By Deguevara (self media writer) | 3 months ago 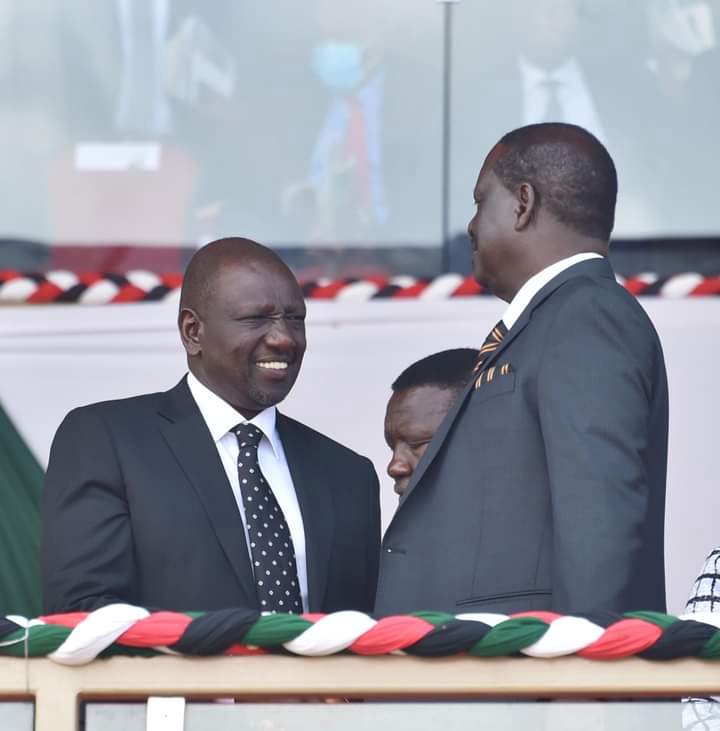 The combined six cases before the High Court concern constitutional interpretation and the eligibility of Dr Ruto and Mr Odinga. If the court decides in favor of the petitioners, Dr Ruto, the Kenya Kwanza Alliance candidate, and Mr Odinga, the flagbearer of the Azimio la Umoja One Kenya Coalition Party, may be barred from the presidential campaign. 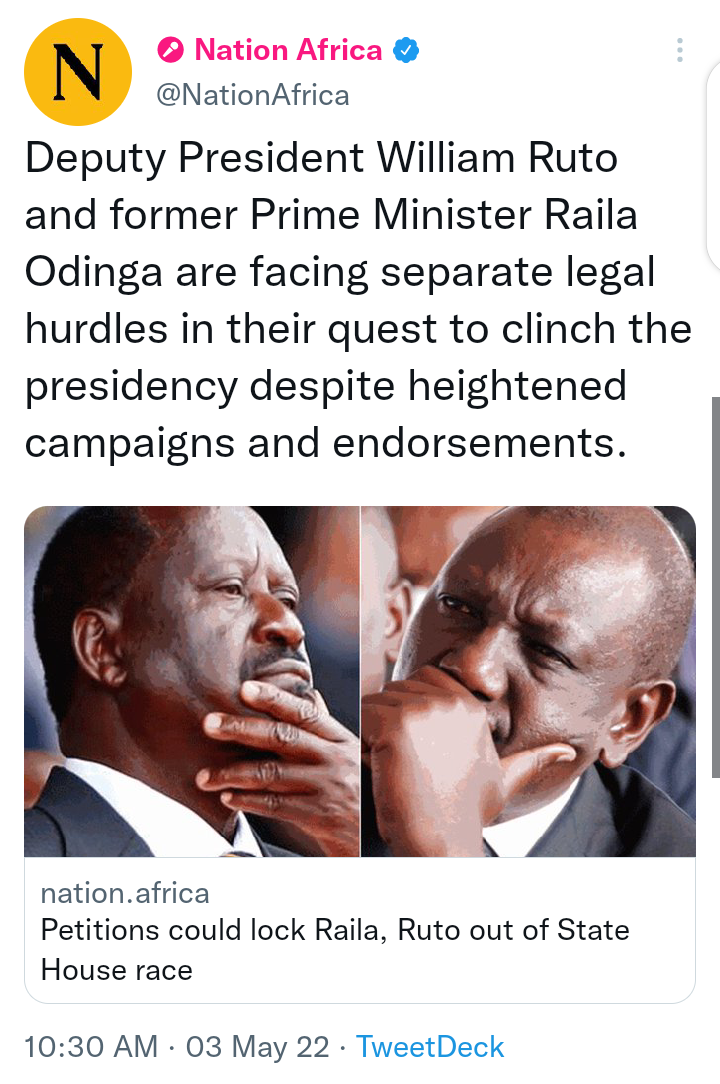 Dr Aukot and Mr Waweru allege in their petition opposing Mr Odinga's candidacy that the Orange Democratic Movement (ODM) leader is a public officer acting as a government adviser in accordance with Section 8 of the Retirement Benefits (Deputy President and Designated State Officers) Act, 2015.

They contend that because he did not renounce the office, he is ineligible to run for an elected seat.

Dr Ruto is currently facing constitutional challenges relating to his present government position. Mr Livondo's lawsuit attempts to halt Dr Ruto's presidential campaign. According to Mr Livondo, various passages of the constitution imply that a deputy President and cabinet secretaries are unable to run for President in a subsequent General Election.

He contends that the President's tasks and functions can simply be passed to the deputy, and the two operate as a unified unit.

"Without Jubilee, Raila Odinga Would Have Already Lost To Ruto " Jeremiah Kioni Reveals

IEBC Rubbishes Claims Of IEBC Portal Being Hacked;Terms It Is Propaganda