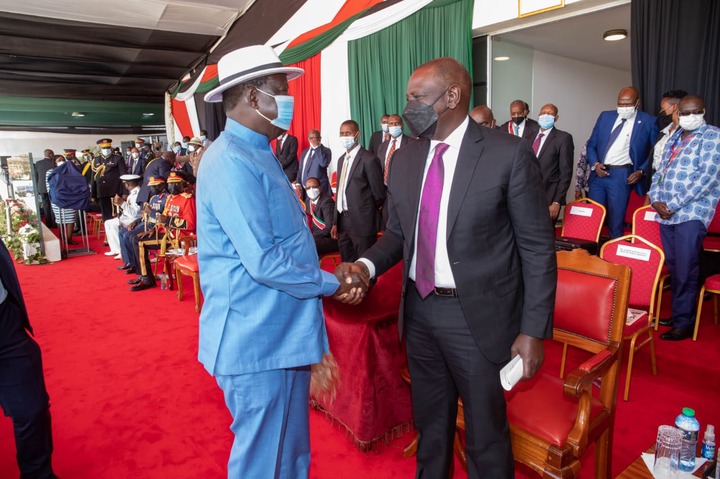 The race to the house on the hill has gained momentum as the two main presidential aspirants manoeuvre their ways to succeed the outgoing president Uhuru Kenyatta. It is likely to be the toughest contest to have ever witnessed in the country.

The two have sometimes worked together and know each other very well both strengths and weaknesses. Although they seem to be bitter rivals now in the political arena, Raila and Ruto are again friends who have once closely worked together regardless of the antics against each other especially from their supporters.

At the moment, no one has succeeded in choosing a running mate and probably will be the most difficult moments for both and a test of fire, honest and loyalty. .

Dp Ruto on his side, has been very vocal about his bottom up economics and hustler nation narrative in the country but he is yet to break his silence on his running mate even though he hinted it in Nyeri when he asked Nyerians to allow him promote the Mathira member of parliament, Rigathi Gachagua to national politics. 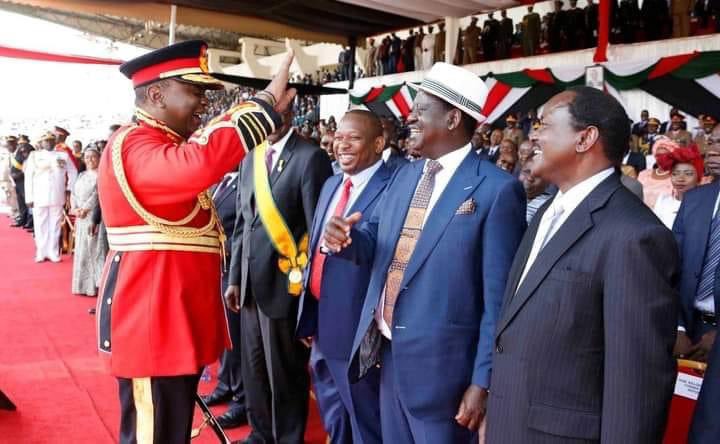 Ruto has spent more of his political period in Central region than anywhere else. According to political analysts the region has not only the highest voter count in the country but also magnificent voter turnout. No region records as high voter turnout as the people from the mountain. Whence if the voter turnout in this region dwindles will automatically threaten the deputy president's state house ambitions.

Due to this, the probability of the Dp Ruto getting a running mate from the region is high and will play a vital role in his presidential bid. However, Raila Odinga is also an intertwined eyesore to the deputy president's ambitions due to the handshake.

The former Premier is also likely to change his tactic and likely to name a running mate from the mountain in order to woo voters from the region and fight Ruto's soaring popularity in the region. 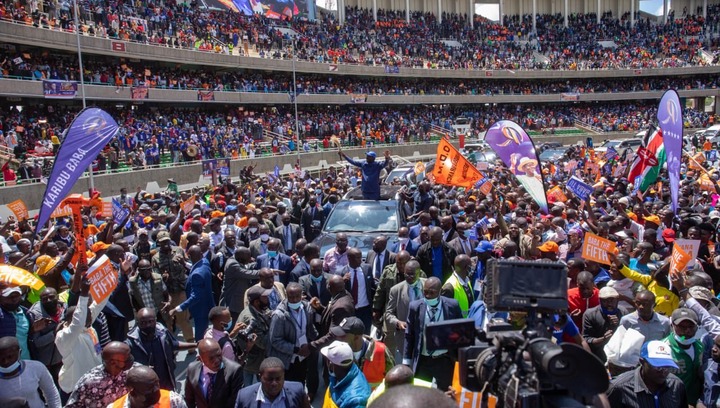 Raila named Kalonzo Musyoka as running mate in two consecutive contests which bore no fruits ignoring a chance of naming someone from Mt. Kenya region but this time round even those around him are secretly pushing for a running mate from the Central region. This has been seen as the odm party has completely ignored his fellow NASA principals who now wallowing in loneliness and disunity.

According to Mizani Africa pollsters' analysis posted by Belive Kinuthia, Muranga senatorial aspirant on odm ticket shows that if Raila Odinga decides to name his running mate from the Central region, Peter Kenneth is the choice. See the polls below; 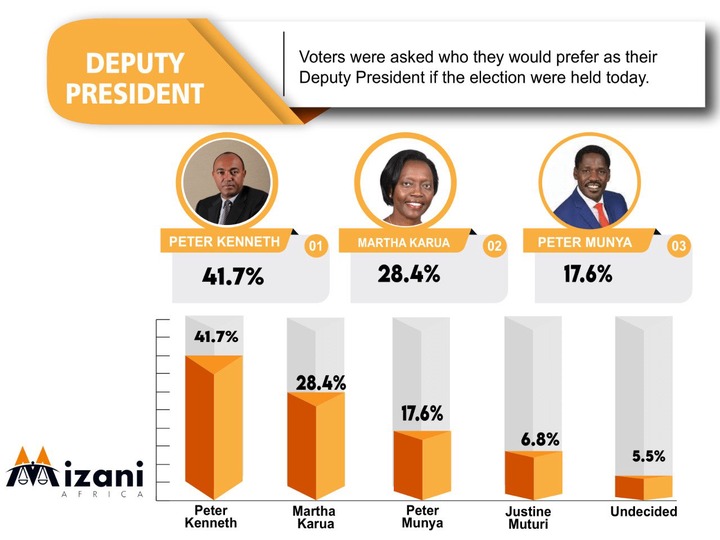 If this would happen it will be a break or fix of the odm and Azimio la Umoja movement in the upcoming days.