By Powellblog (self media writer) | 10 months ago

Garissa women Representative Anab Subow Gure on Monday step out with her two females bodyguards who were armed with AK47 when she visited DekaHarja ward which is located in Garissa county,the lady's wore bullet proof vests,red nail polish with high heeled sandals,the female legislator bodyguard were center of attraction when she was meeting locals in an event,Gure had been sandwinched between the two security detail ,the lawmaker was in company of Bura East Deputy county commissioner Kipkirui Arap Bett,Fafi East OCPD Lawrence Muchangi,and border point unit commander Muita Sashi,her security raised eyebrows a section of social media users condemned her decision while others applauded her decision. 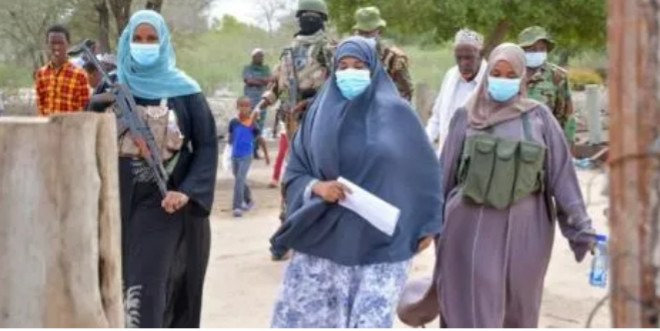 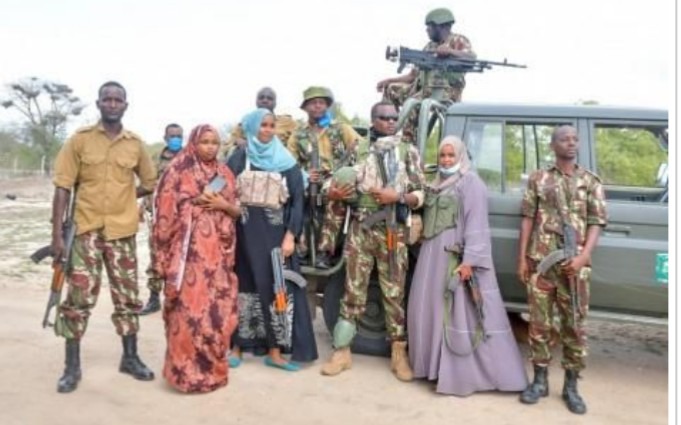 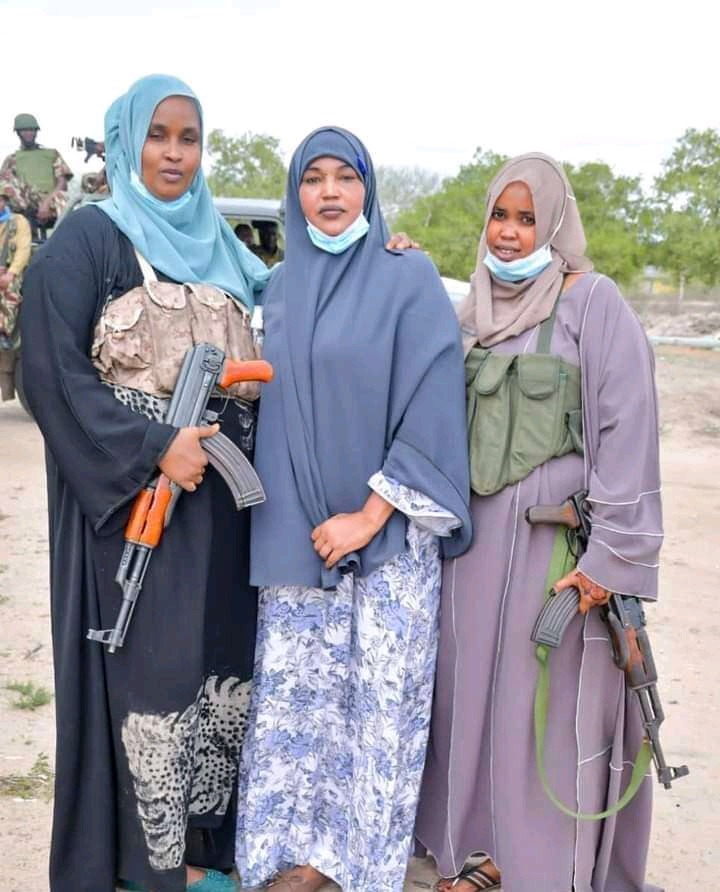 A good number of her followers claimed that her photo was impressive claiming it was photo of the day,while another netizen slammed his decision of walking around with armed bodyguards saying she is endangering lives of locals by allowing her security details to handle guns in an immature manner,Gure also posed for a photo with her two body guards before introducing them to the locals,Gure was overseeing registration of issuance of ID cards in DekaHarja ward. 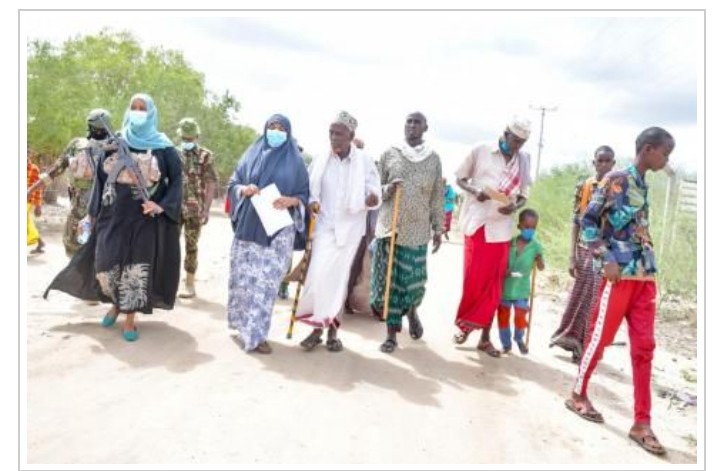 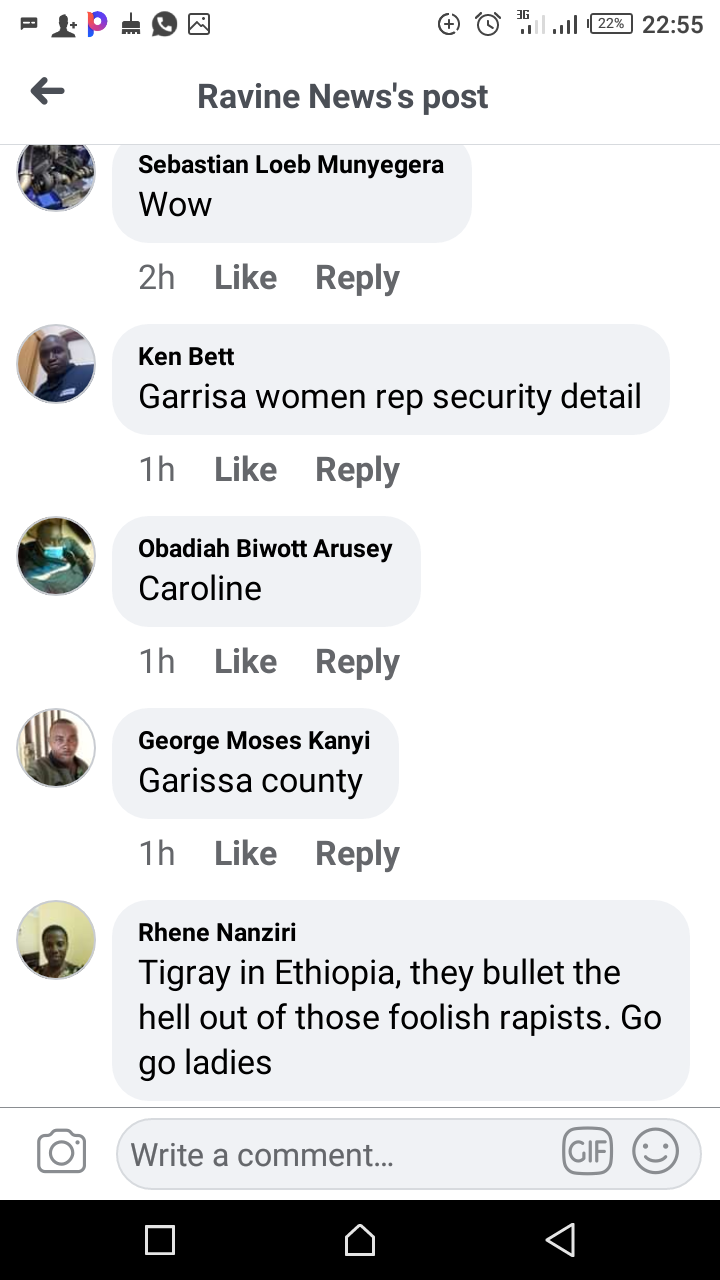 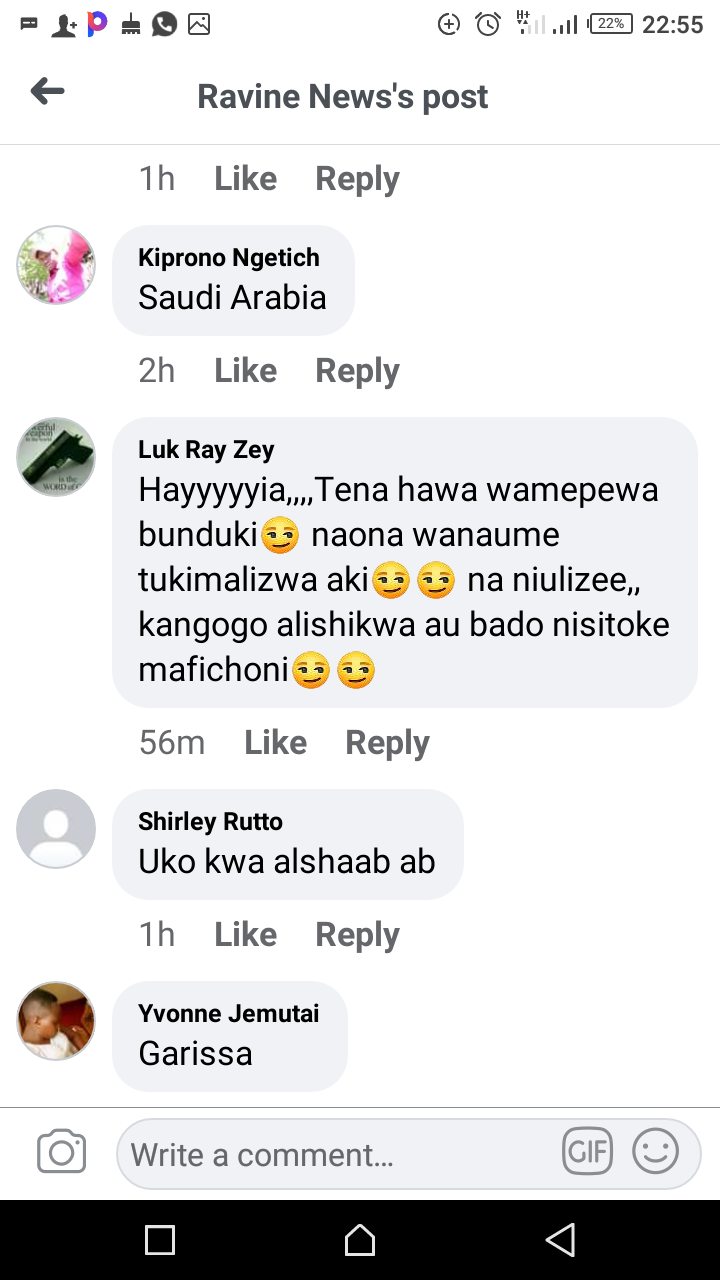 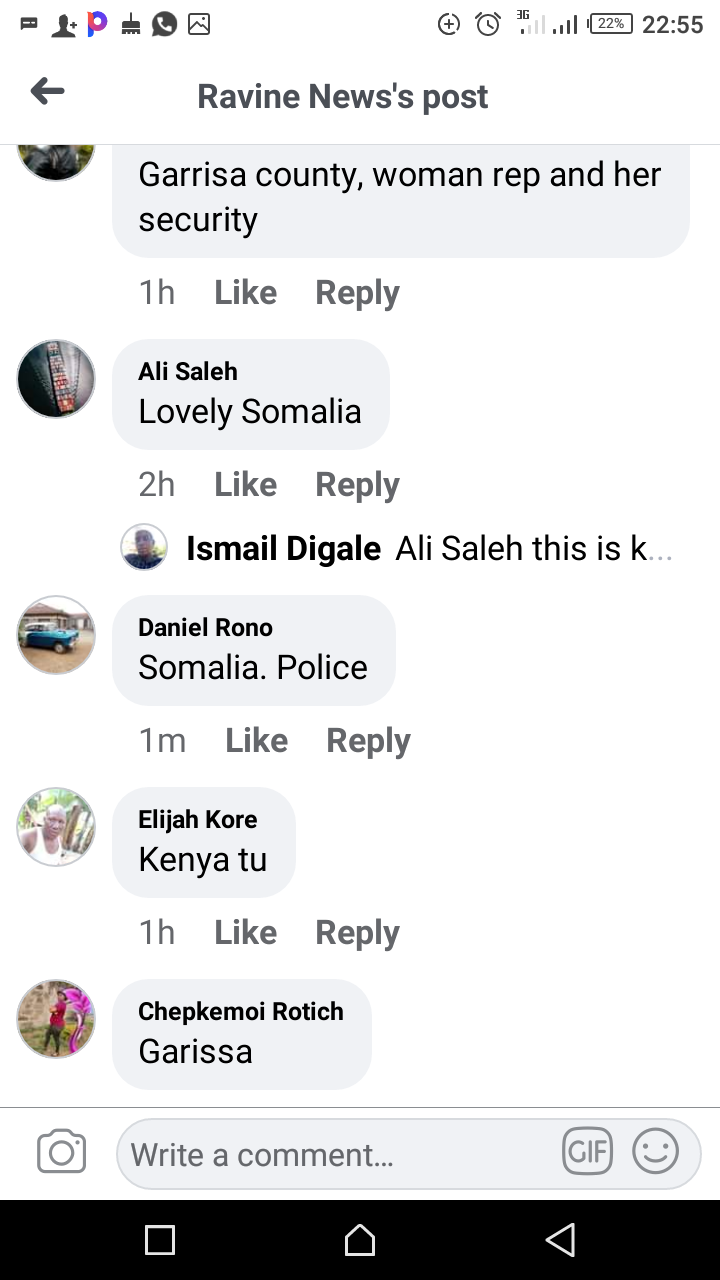