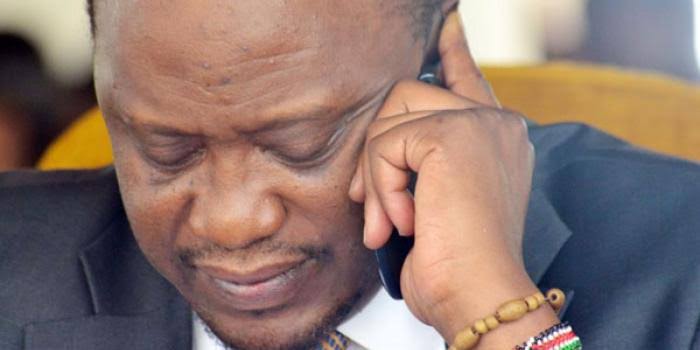 Some elements of confusion are now detected in Raila's Azimio La Umoja One Kenya Coalition team as his two key figures closely allied to President Uhuru Kenyatta get to differ on Uhuru's plans for his bid.

Barely five days ago, some reports came out from the Jubilee Party Vice Chair David Murathe about Uhuru's plans in the succession race.

In his statement, he made it clear to the public that the president will not be in the Raila-karua's campaign trails until August 9th when elections shall be held.

That statement was however objected by Kieni MP Kanini Kega two days ago when said that Uhuru will be back on the campaign trail starting next month June.

According to Kega, Uhuru will be commissioning a number of projects across the country while also campaigning for his handshake partner Raila Odinga for about two to three months.

"His countrywide campaigns will start with the mountain. We do not just want him to campaign. The president will also commission projects"- Kanini Kega.

He also added saying that the president will also be able to show them the way forward during his countrywide rallies which will start from his backyard Mount Kenya Region.

The remarks by the Kieni MP have again been objected by Uhuru's long time close associate David Murathe who in his latest TV interview made it clear again that the President will not be in Raila's campaign trail.

Instead, he has steeped into his shoe of being the President and Commander-in-Chief as he is preparing to leave the office in three months time and has to see a peaceful transition and a peaceful election.

"You don't expect him to hit the ground running, that is why now you find it is Martha and Raila. They are both on the ticket"- David Murathe. 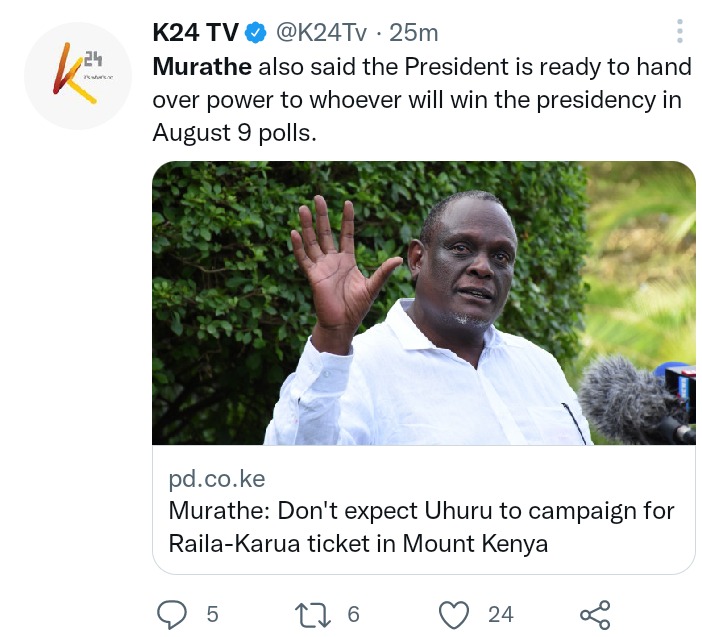 The different views from the two have now made it very difficult for Kenyans to know who between them could be saying the truth and what Uhuru himself has in mind regarding his support for Raila.

Kenya Kwanza too is now left in a state of confusion since they can no longer tell wether they are being played by that tactic so as to start making sone reactions which may cause them some regrets later.