"Raila Won't Accept Defeat" Dp Ruto's Allies Claim, Reveal What They Are Planning To Do In August.

By RonTV (self media writer) | 1 month ago

When asked if he would accept loss if he lost the poll on August 9, UDA presidential candidate Raila Odinga said yes.

Raila Odinga, the leader of ODM and candidate for the presidency in the general election for the fifth and likely final time, faces a formidable battle from UDA Deputy President William Ruto. "Asiyekubali kushindwani sio. Between us, I'm the athlete.I would humbly admit loss and congratulate the winner as a result "When interviewed by a local TV station, Raila remarked.

Gladys Shollei, a representative for women from Uasin Gishu and a supporter of DP Ruto, has asserted that Raila Odinga will never accept defeat and that the UDA is preparing an election petition for the presidential elections in August.

The man, who has never admitted defeat in any election, declared, "I will gladly accept defeat." We are putting together a petition for his election as UDA," Sholei remarked.

In three presidential elections—in 2007, 2013, and 2017—Raila has challenged the outcomes, claiming he won by defeating his rivals.

After the standoff between the two leaders turned into a deadly conflict in 2007, a large coalition government was formed with the late President Mwai Kibaki. 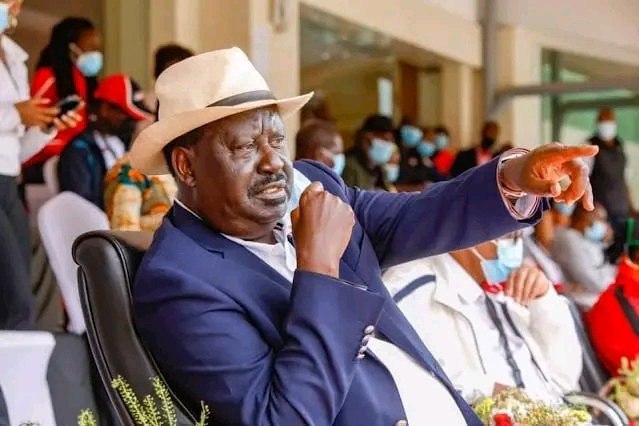 A power-sharing arrangement facilitated by the late Kofi Annan, the former leader of the United Nations, led to Raila's appointment as prime minister.

While overturning President Uhuru Kenyatta's victory in the 2017 election, the Supreme Court rejected Raila's case after the election in 2013.

Content created and supplied by: RonTV (via Opera News )