By De-Guevara (self media writer) | 1 month ago 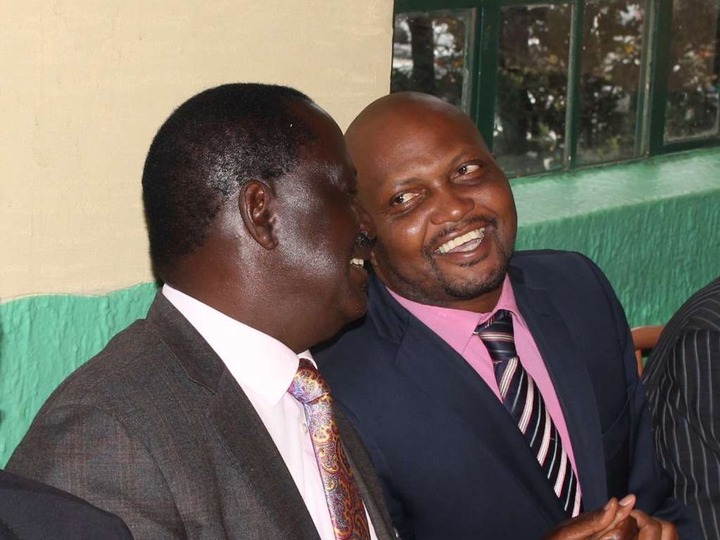 Edward Muriu, the United Democratic Alliance's (UDA) Party Secretary for Legal Affairs, has denied that Gatundu South MP Moses Kuria will join the Azimio la Umoja fraternity, which is led by their enemies in the Orange Democratic Movement (ODM).

Kuria's role in the upcoming General Elections is fully defined, according to Murui, who added that Kuria will continue in the Deputy President William Ruto-led party to help bring victory.

Days earlier, Kieni MP Kanini Kega claimed that the Kuria was on the verge of joining ODM leader Raila Odinga's camp. Kuria, on the other hand, refuted the notion that Kega's comments were made under duress. 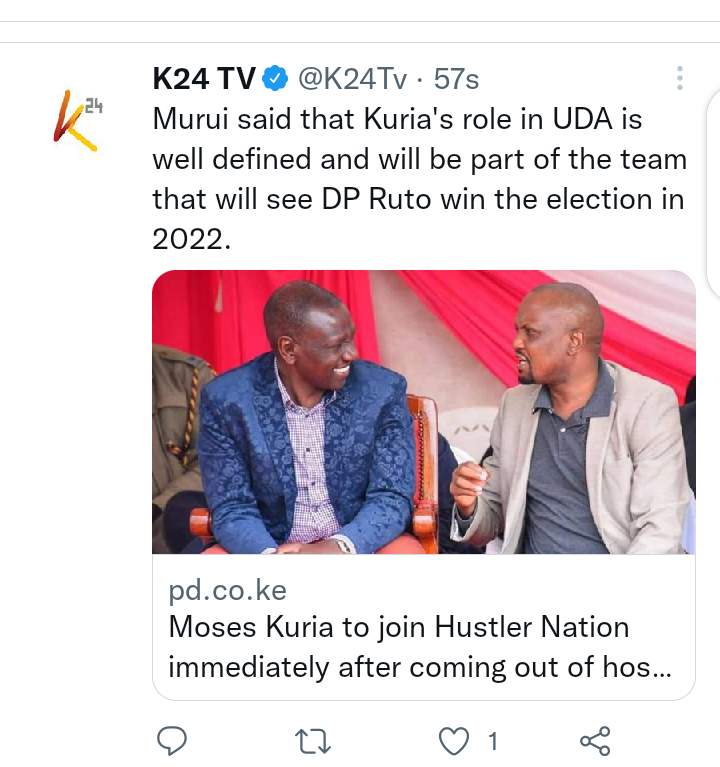 Days after Kuria debunked the rumors, Muriu now claims that Kuria is on the verge of joining their ranks, claiming that he, Kuria, is a force to be reckoned with, and that his involvement in the upcoming election will be crucial to DP Ruto's triumph.

Muriu stated after delivering UDA's special "get well soon" message to Kuria, who is undergoing treatment at the American Hospital in Dubai, that the Chama Cha Kazi party leader played a key role in the formation of TangaTanga and will not be overlooked in devising and implementing a strategy for Ruto to defeat his challengers.

uria will attend the camp shortly after his release from the hospital, according to Muriu,the UDA top leader.

Your Digestive Issues Might Be Caused By These Conditions

5 Reasons your Breath Stinks Even After Brushing

Easy Ways To Increase Chances Of Getting Pregnant

Here Are The Marketable Courses You Can Successful Pursue In Kenya

Ferment Your Garlic And Treat This Mutiple Infections