By CaptainCaptain (self media writer) | 17 days ago

A popular ally of the Orange Democratic Movement (ODM) party boss Raila Odinga is not a happy man after being denied access to President William Ruto at State House. 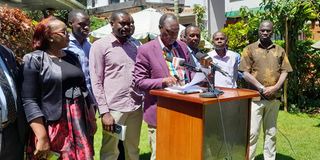 Photo of Azimio politicians for illustration purposes only

As informed by Daily Nation newspaper on Sunday morning, the politician who reportedly holds the position of Secretary General in one of the Azimio party affiliates recently asked for forgiveness from the President but was told there's no need for that.

Reports indicate that the President had told him to either announce his defection to Kenya Kwanza or remain in the opposition side. In his undying determination to seek the attention of President Ruto, he later requested for a meeting with President Ruto at State House where he wanted to get a photo opportunity with the Head of State.

To his disappointment, the Azimio man was denied the opportunity, leaving embarrassed. This happened after he had also attended one of President Ruto's meetings during the Christmas period uninvited. In what seems to be an attempt of betrayal gone wrong, the Azimio politician's next move awaits. 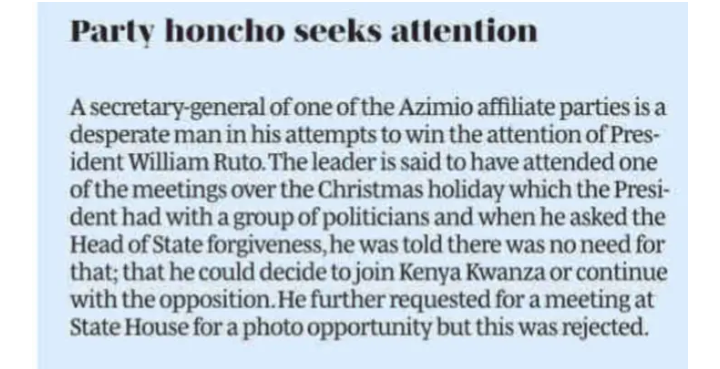