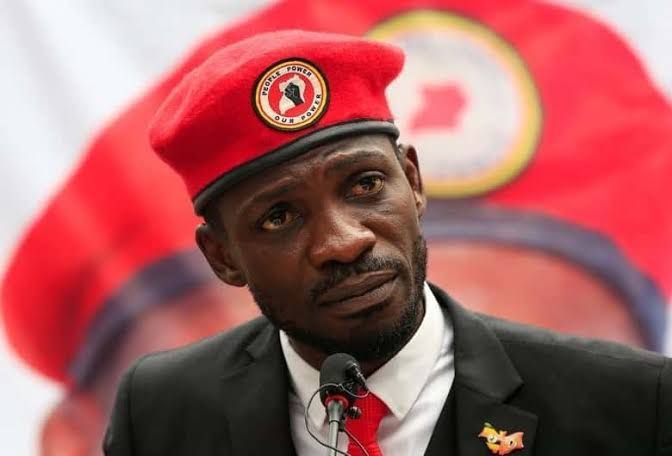 One NUP leader claimed that on 8th, February, 2021 when it was around half-past-midday, when they had organized to have a meeting at Womeya School in Kyebando. The leader claimed that the chief of the parish had convened the meeting to have a session with all chairpersons so that they discuss on issues that were affecting many people like on how to handle marriage matters. He said that the talk was organized by special NGO that wanted to educate them.

During the meeting a double-cabin pick-up entered the compound and men who were dressed in civilian clothes came out and got into the room. One of them called on Kasato to come out so that they can have a talk with him.

Outside while talking Kasato also saw the the UPDF team dressed in their uniforms. When the man asked who they were, he was quickly slapped on the face and dragged into the car. Inside the vehicle they Handcuffed and blindfolded him before a serious and brutal beating began. They wanted to give them information from Robert Kyangulanyi concerning the January, 14th elections. Kasato had collected evidence concerning the elections but he had already submitted to Bobi Wine. He admitted that it was true that he collected information but had taken it to Bobi Wine.

Bobi Wine had instructed him to do that so that he could use it against Museveni during the petition at the Supreme Court. The men also asked him of Bobi Wine's next plan but he failed to disclose to then claiming although he is the chairman of the NUP party at the consticuency and just as a National Executive Committee, he knew nothing.

This firmness annoyed the officers and they began beating him as the vehicle moved. On the way they stopped and Kasato was shifted from the double-cabin to another car. He was forced to lie down and was hit using heavy sticks as they asked him more questions.

Museveni and his security officers have destroyed Uganda but he must know that he is too a human being and he will suffer the consequences of his brutal actions. Revolution is the only solution and it will soon be staged. Is Kasato also a terrorist as Museveni has always been claiming that he is fighting terror groups in his country? He must be aware that power does not last for long. 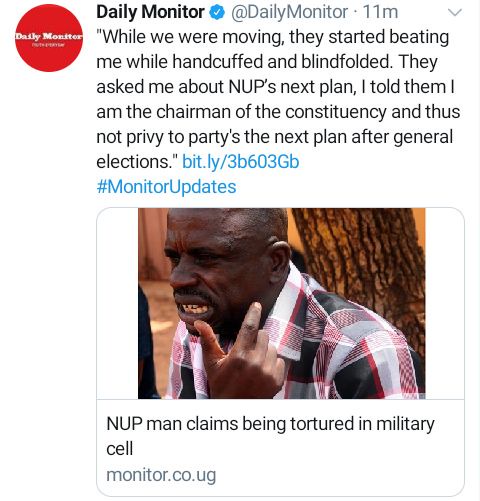 Tangatanga response to Kieleweke's Criticism to hold Negotiations With the Deputy President.

"Our Relationship with Ruto is Enough to Support him Come 2022 Elections,"Tangatanga MPs Claim