By NicholusKitonyi (self media writer) | 10 days ago According to the Hustler Nation self-declared Spokesperson Dennis Itumbi alleges, the KANU Chairman who is the current Senator Gideon Moi has landed in America to meet President Uhuru Kenyatta who is currently outside the country.

President Uhuru Kenyatta left the country just the following day after the "Pandora Expose" and has been attending a series of meetings in various foreign nation's i.e. When he left the country on 4rth October, 2021, last week, he first joined Ethiopian's in celebrating the inauguration of Ethiopia's Prime Minister Dr. Abiy Ahmed Ali.

On Tuesday, the President was in the carribean Nation (Barbados) where he handed over the leadership of the United Nations Conference on Trade and Development (UNCTAD) to Prime Minister Mia Amor Mottley. On Wednesday, the President was conferred with the prestigious 'Order of Freedom of Barbados' award by the Governor of Barbados Dame Sandra at Government House in Bridgetown, Barbados. Also, on Thursday and Friday the President together with the Barbados Prime Minister Mia Amor signed several bilateral agreements between Kenya and Barbados.

However, upon landing into the country, Kenyan's are hopeful that the President will give detailed information about the 'Pandora Expose', where he has been linked with having several offshore accounts. 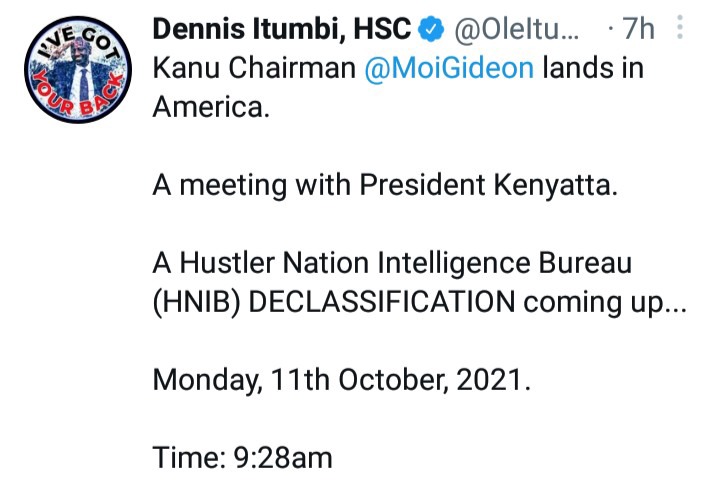 'Walibarikiwa' Inside Janet Mbugua's Family Where Almost Everyone Has A Twin