By Newsplace (self media writer) | 9 months ago

Kiambaa constituency Member of parliament aspirant Kariri Njama has officially dumped Jubilee party. Kariri Njama is in grief that he had remained loyal to Uhuru and the ruling party but he never got the jubilee nomination tickets. 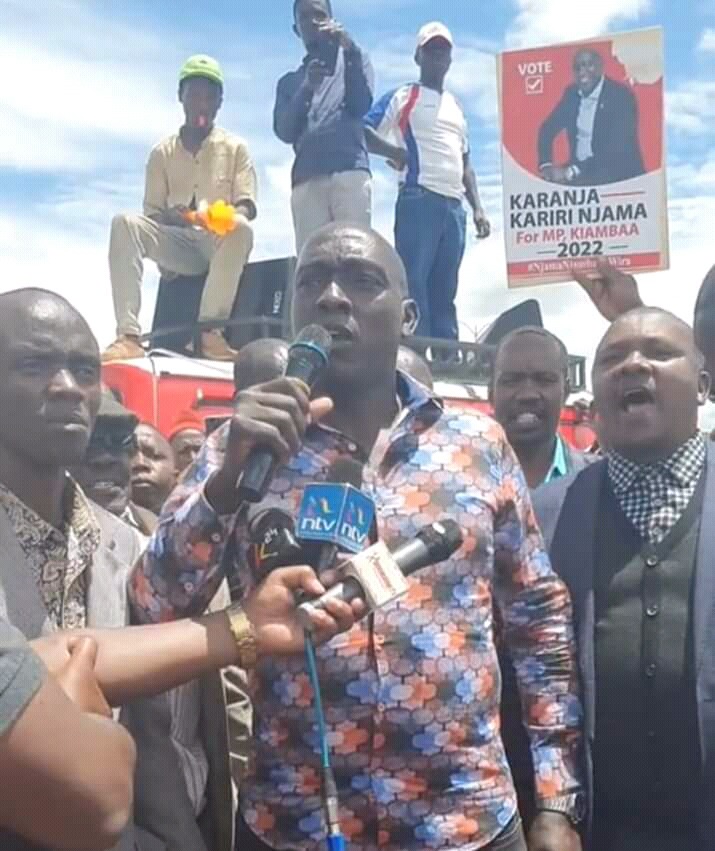 In a video posted by a writer in his Facebook page account, Kariri Njama claims that he has effortlessly supported Jubilee despite the resistance force on the ground. But what happened is now water under the bridge. He looking forward to unite the People of Kiambaa and support him as an independent candidate.

He also urged Kiambaa people that they should not vote for leaders who are going with their own interests, benefits and status. Saying that Kanini Kega and Jeremiah Kioni who are spearheading the ruling party are just pretenders.

"I effortlessly continued to talk to people of Kiambaa to support my candidature in Jubilee party despite the resistance that is there on the ground. I remained loyal to the party and president before and even after elections. But about yesterday happenings now that's water under the bridge. And we are looking forward to unity Kiambaa people to support the independent candidate Kariri Njama. Some are going for their own interests, people who are after status, people who are after money. He also attacked Kanini and kioni saying that they are spearheading the party and they are just pretenders", says Kariri Njama.