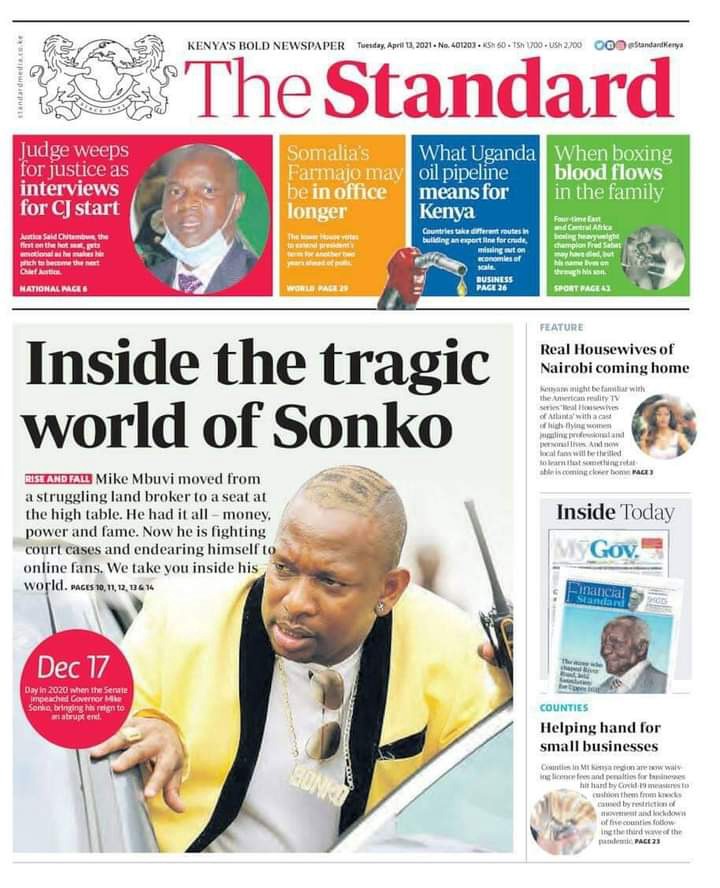 The former Nairobi governor Mike Mbuvi alias Sonko has left people talking after he responded to the title of the standard newspaper which talked about him. Sonko lost his office after he was impeached by the county assembly and then by the senate something which saw him leave the office.

He has been quit silent as he has been battling his case in court and he was released on bail. He later resurfaced through the video clip he shared through his official social media account doing a manual work in a construction site. 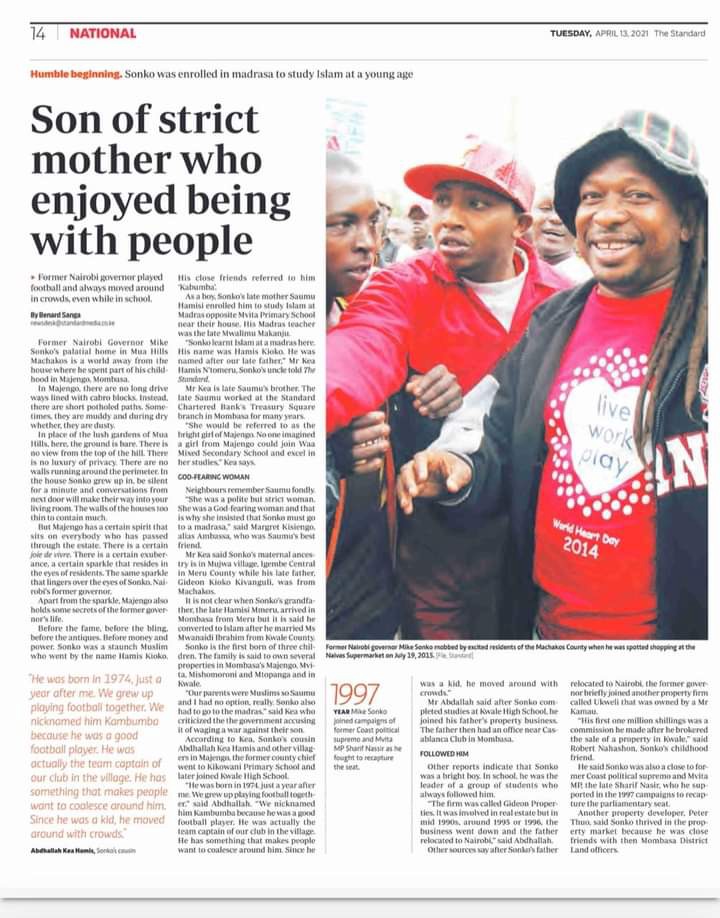 This brought a big debate on social media and it might have been behind the headlines in some the local newspapers. In response to what was given in the standard, Mike Sonko blasted the authors of the newspapers in the country telling them to leave him alone. 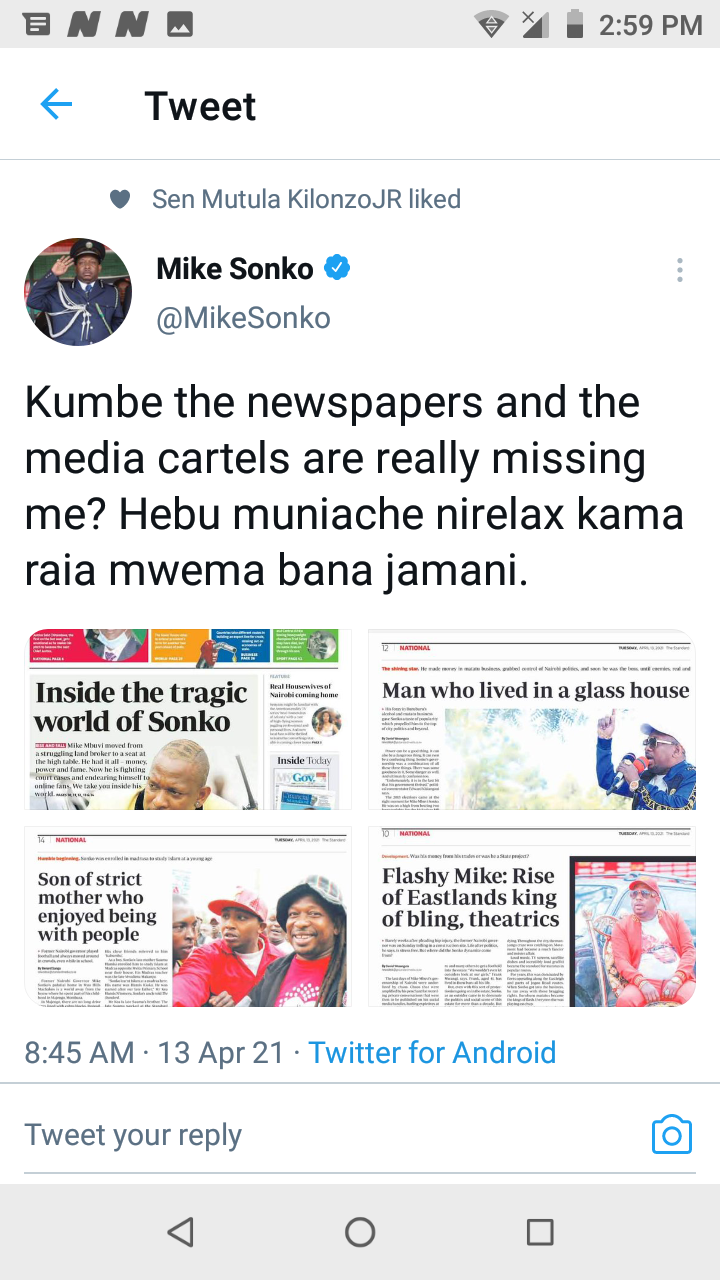 This comes at the time when the Nairobi deputy governor Hon. Ann Kananu Mwenda has declared to go for the Nairobi gubernatorial seat in the coming 2022 polls. Sonko has not given his supporters any hint of returning to the political world after he was unceremoniously ousted from office.