Renowned Kenyan politician Ndegwa Wahome has thanked President William Ruto for allegedly keeping his phone on even after he was pronounced the President Elect By the IEBC Chairman Wafula Chebukati. 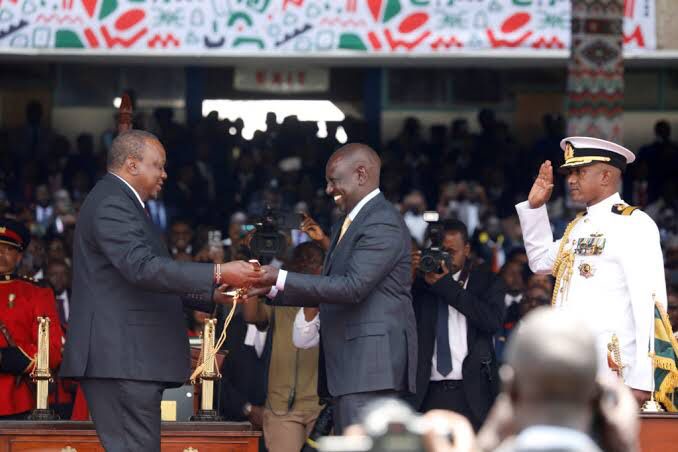 In a news report that has been shared by a reliable source of information, it has been revealed that the renowned politician has claimed that the former President of Kenya, honorable Uhuru Kenyatta Allegedly switched off his phones immediately Ruto was declared President Elect.

According to the reports given by Wahome, he claimed that Alot of people could not contact the former president of Kenya adding that people who wanted to speak to him had to go through a hard Process to get to him.

This is happening at the same time when President William Ruto has promised to take care of the former prime Minister of Kenya and Uhuru Kenyatta.

While reacting to this incident, kenyans who took to their different social media accounts to express their opinions on the matter have called out the politician wanting him to let President Uhuru Kenyatta be.

According to the reports given by most Kenyans, they claimed that it is so unfortunate that most politicians are still attacking President Uhuru Kenyatta despite the fact that he is already out of the government and now working for Ruto. 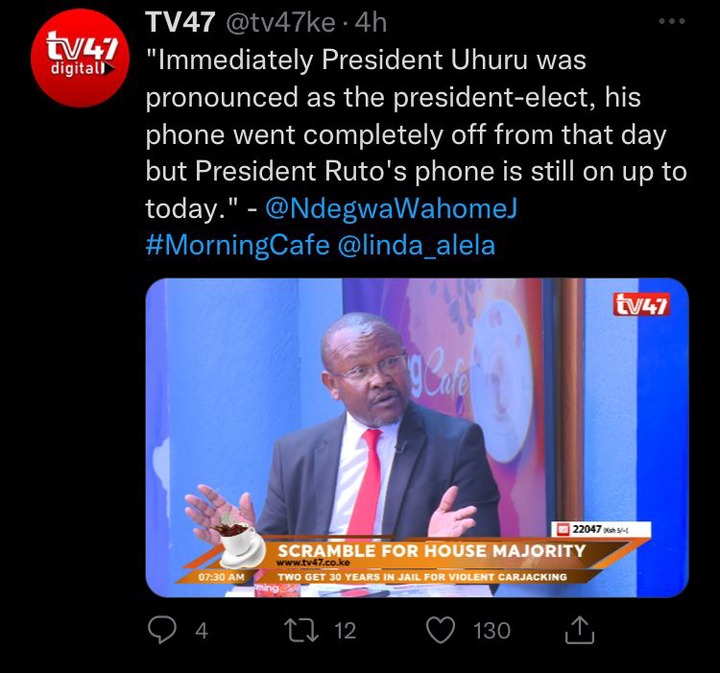