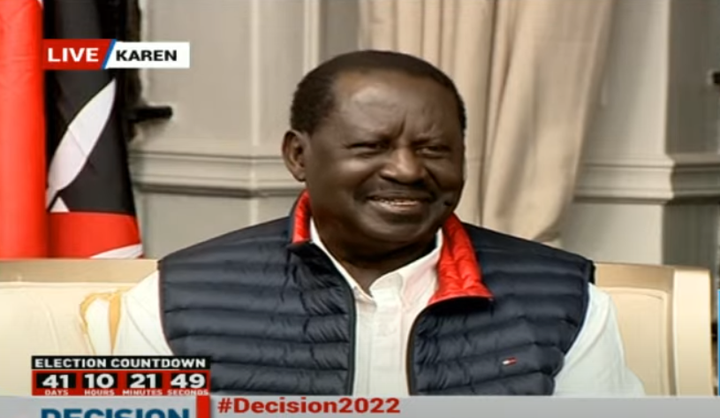 ODM Party leader and Azimio la Umoja one Kenya Alliance party presidential candidate Raila Odinga has come out to set the records straight on why he rarely gives his favourite kitendawilis to his crowds.

Speaking on Tuesday evening when he appeared alongside his running mate Martha Karua for an interview with a number of TV and Radio stations, Raila said he reduced giving out riddles, Kitendawili since he has metamorphosed in politics.

He however said he will use theKitendawili riddle when a need arises and when he wants to drive a point home. He rubbished reports that he stopped using his favourite riddles because he has been mocked and nicknamed Kitendawili by opponent William Ruto. 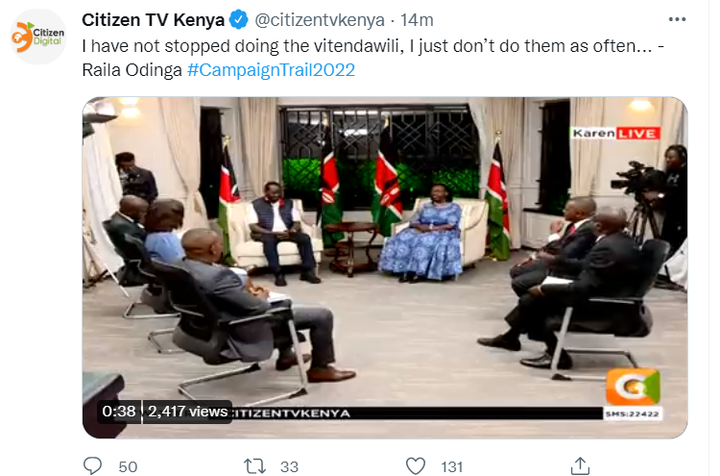 "I cannot say I have stopped using Kitendawili but I don't just do it often as I used to do. Sometimes I used it when I want to bring a point home. It is not that I don't usually use it currently because some people have accused me and called me Bwana Kitendawili, that is not the reason. I have transitioned from doing Kitendaawili to the dance. One has to metamorphose, this is a new Raila," stated ODM boss.

On her part, Martha Karua also explained why his choice of "Haroo, Raira ni Msarendo" phrases had gone viral. He said he usually use the phrases when she wants to get the audience attention when they are making noise. She said she appreciates the mimicking and does not anger her.

"We use Haroo a lot when the crowd is making noise, but everybody is entitled to mimicking and enjoying the memes," stated Karua.

More Good News From The Emirates: Journalist Thinks £67M Star Would Be Attracted By Arsenal Move

Short Prayer As You Start Your Day

A Prayer For Favor With Co-Workers