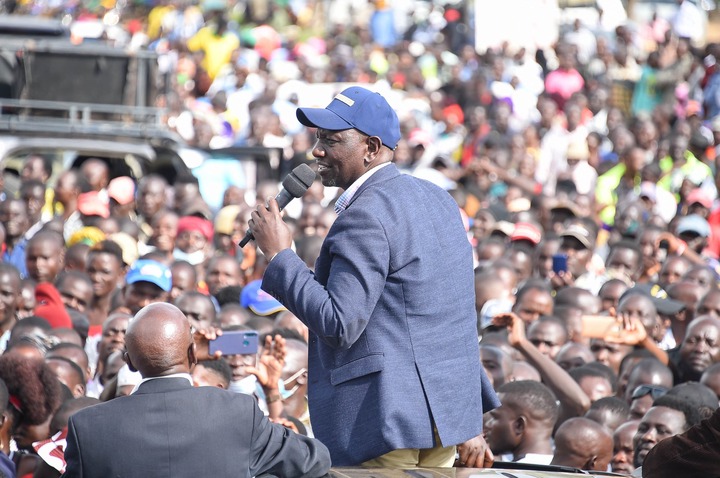 During his address to the residents of Changamwe in Mombasa, the deputy president William Ruto revisited the 2017 stalemate that took both President Uhuru Kenyatta and Raila to the Supreme Court of Kenya.

Ruto revealed that president Uhuru Kenyatta was almost giving up and about to quit his position as President of the republic of Kenya due to Raila's continued and unending pressure on him and the Independent Electoral and Boundaries Commission. This was after Maraga nullified the first results announced by the IEBC.

Fortunately, Ruto claimed that he pushed Uhuru harder to remain strong and hold on to what was his. He argued that it is his encouragement and pressure that locked president Kenyatta inside statehouse. " He was about to give up in 2017 when Maraga complicated things, but I pushed him harder and delivered back the win," he argued.

He beat his chest that he did the same to thing to Raila in 2007 and made sure that he became the prime minister under the Nusu Mkate goverment.