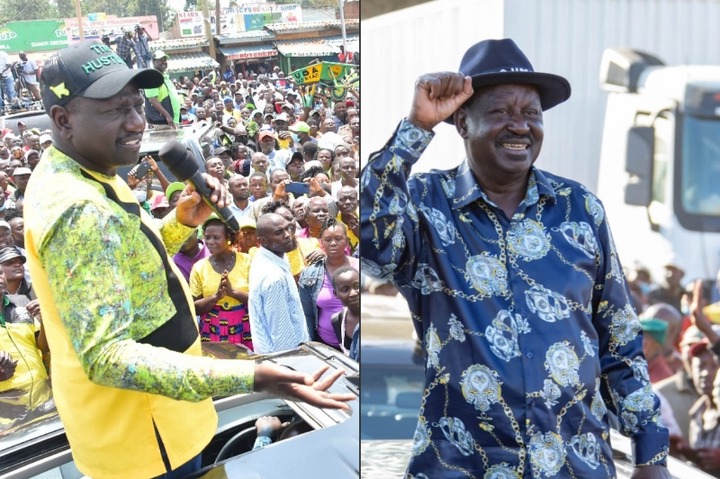 Ruto has topped Raila Odinga in his traditional strongholds of the Northeastern and Western Kenya provinces, according to the IRS polls published by a local web magazine (Kenyans.co.ke). 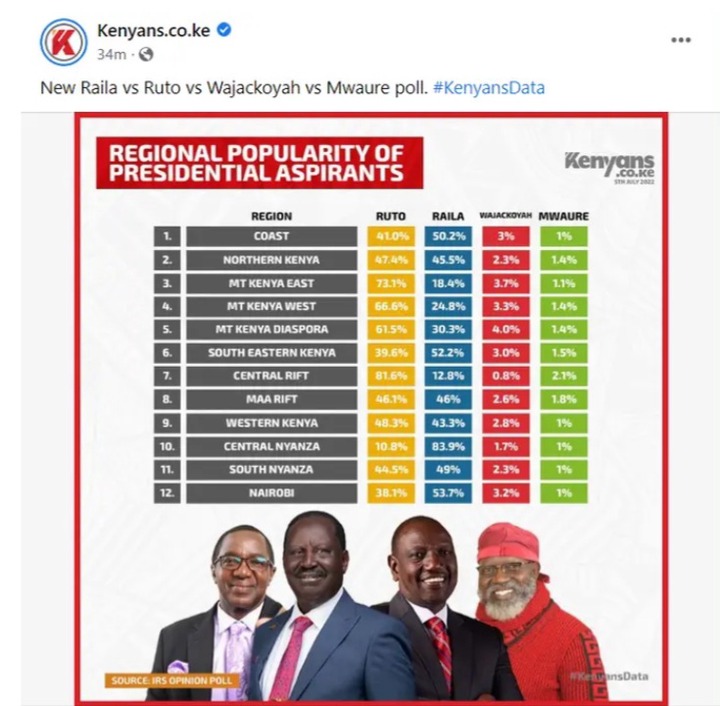 Ruto has surpassed Raila to claim the lead in Northern Kenya with 47.4 percent  compared to Raila's 45.5 percent. The same could be seen in Western Kenya, which for a while was thought of as Raila's stronghold. Ruto received 48.3 % of the vote compared to Raila's 43.3 %.Ruto's recent popularity in the area is credited to Musalia Mudavadi and Moses Wetangula's backing.

In the polls taken in Kenya's 12 regions, Ruto appeared to have caught up to Raila in the coastal region, where he received 41 % of the vote to Raila's 50.2% 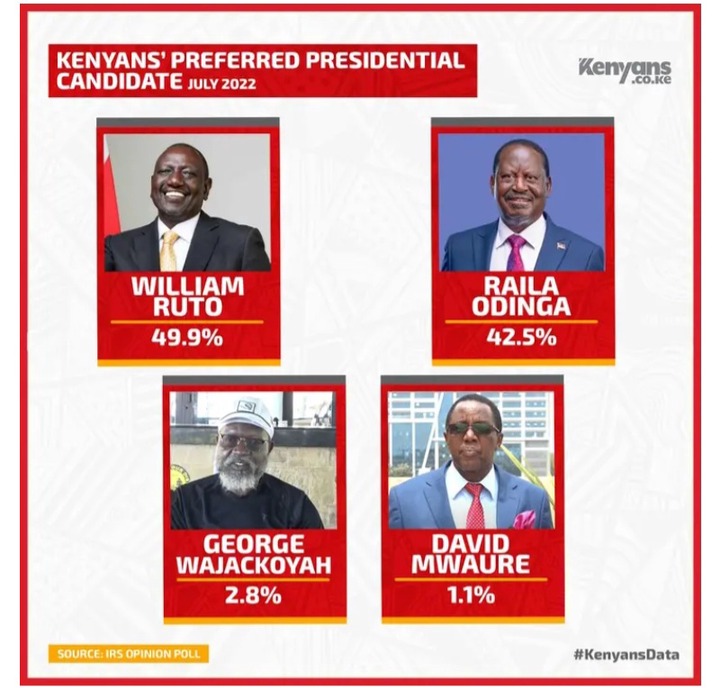 Mt Kenya East, where Ruto had a dominating advantage against Raila with 73.1% of the vote to 18.4%, was another area where Ruto showed dominance.  Ruto also had a 66.6 % lead over Raila in Mt Kenya West, while Raila came in second with 24.8 percent. 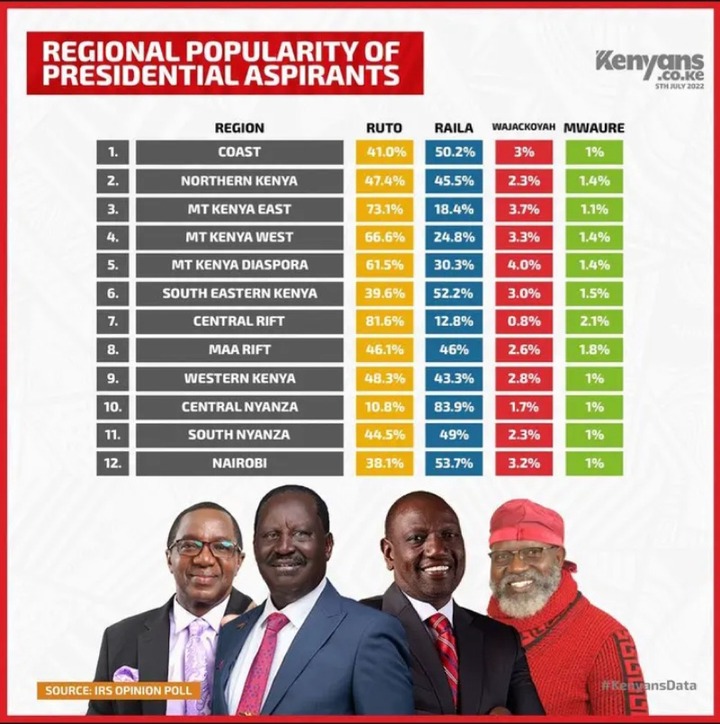 With 81.6 % of the votes in Central Rift versus Raila's 12 %,Ruto continued to dominate the Rift Valley. 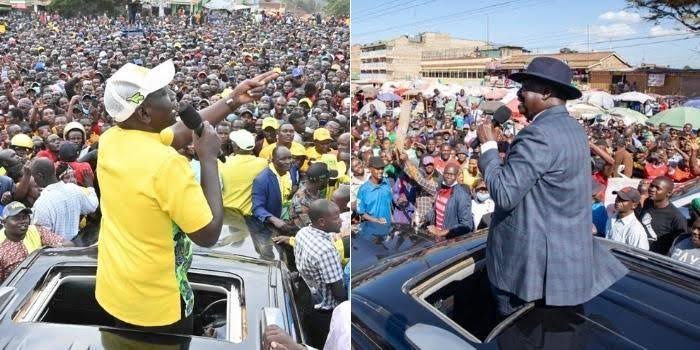 Nassir Or Senator Omar? Opinion Poll On Mombasa Gubernatorial Race Shows Who Is Likely To Win