Jubilee Vice Chairman David Murathe has finally opened the Confession of the deputy president of Kenya, honorable William Ruto who claimed that he once felt like Slapping president Uhuru Kenyatta after the two had a Misunderstanding after the nullification of the 2017 General elections. 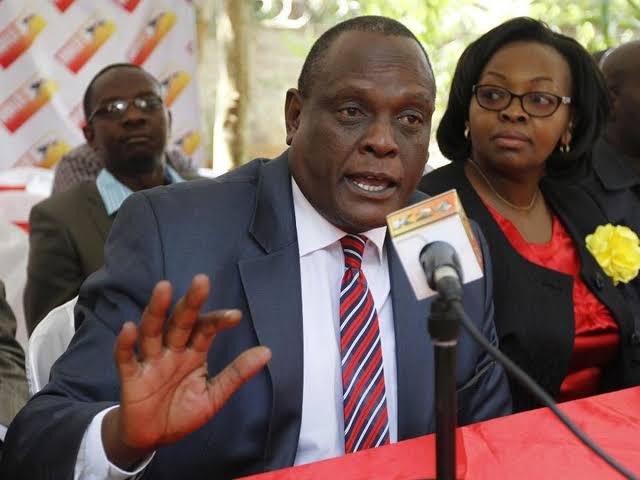 In his own words, Murathe said that it was so unfortunate that the deputy president of Kenya didn't even feel sorry for claiming that he almost Slapped President Uhuru Kenyatta.

"The deputy president of Kenya had the audacity to Slap Chesire who was old enough to be his father. Chesire was the same person who gave Ruto his wedding car. Ruto Slapped Chesire in front of President Moi. I was surprised when he went ahead and said that he was not sorry for claiming that he felt like Slapping President Uhuru Kenyatta. If someone told you that he thought of doing this to a president it should tell you what kind of a person he is", David Murathe.

A few days ago, the deputy president of Kenya revealed that he once felt like Slapping president Uhuru Kenyatta after a Misunderstanding ensued between them after the nullification of the twenty seventeen general elections. 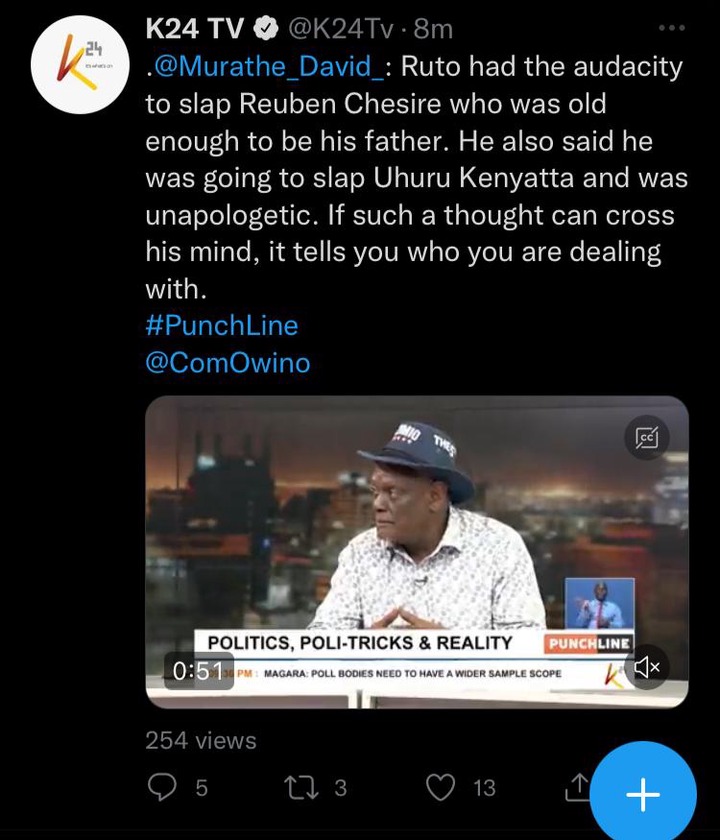