"You are forcing the will of the people on Ugandans, you were rejected!" Ugandans blast Bobi Wine 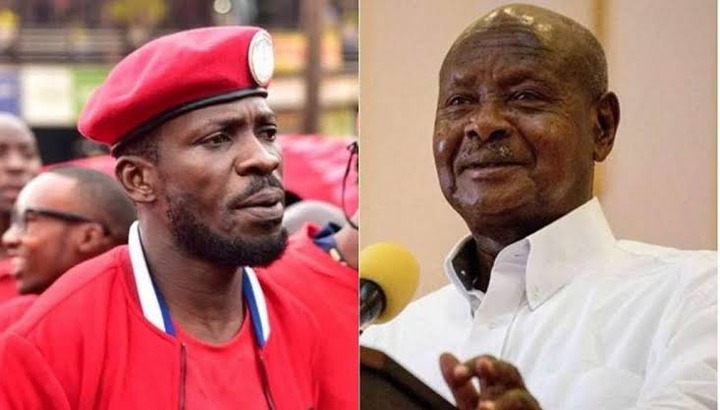 Recently, some officials like presiding officers and clerks protested demanding payment after assisting the long serving dictator Museveni to come to power for the sixth time. After they did the dirty work for him they still claim that they deserve payments. This is indeed big irony.

The elections that were concluded on 14th, January, 2021 in Uganda raised tension not only in the country but even in the international community. Museveni has destroyed democracy and he is now ruling by force.

It is also believed that Museveni used some of the media houses like the NBS Television that belongs to him to fulfill his dirty games. Bobi Wine today, revealed how Museveni used NBS Television to deny him the chance to reach State House for the first time and since he has failed miserably during this first time, then he may even never see or get the chance again until Museveni retires willingly.

Bobi Wine said that at the height of the most fraudulent elections that blocked observers from overseeing the process, cutting off the internet and barring overyone except the electoral commission from releasing the stolen results, NBS Television also played another dirty game.

The tevesion channel helped the dictator to cooking figures to make Museveni win. He gave more evidence by sending a protest letter to Museveni and NRM supporters. 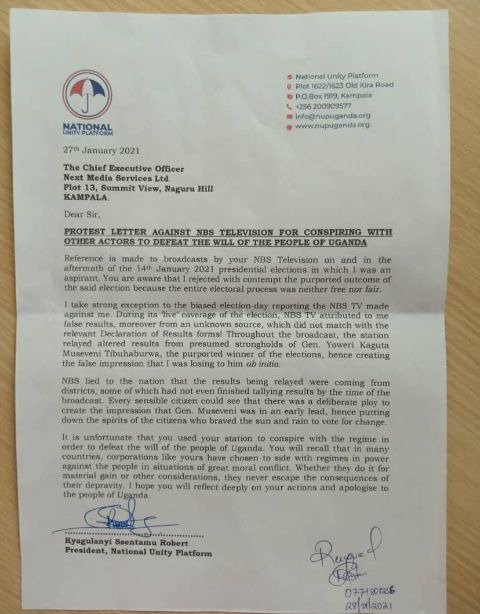 Others said that it is only NBS Television that assissted Museveni and the other television channels helped him. It is good for Bobi Wine to stop his drama and leave Museveni lead the nation peacefully. Maybe his time has not yet come to lead the nation. 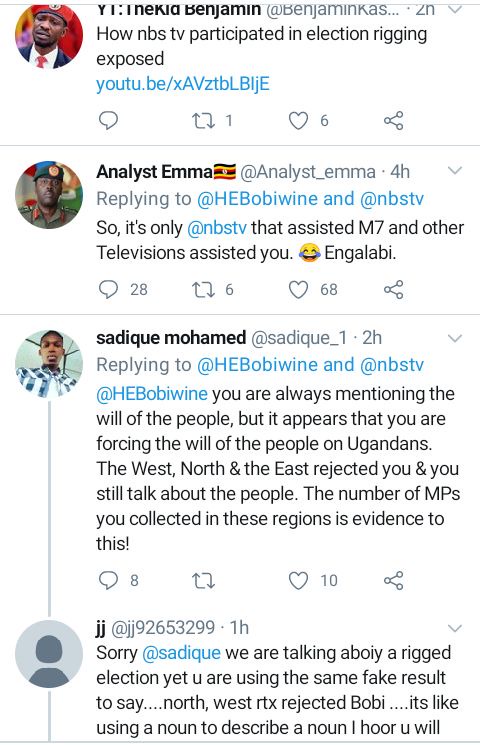 Netizens Reaction Amid CarolineMutoko's Remarks Of Matatus Being In Expressway