7 Handshakes That Shook The World?

By Jobwanjala (self media writer) | 26 days ago 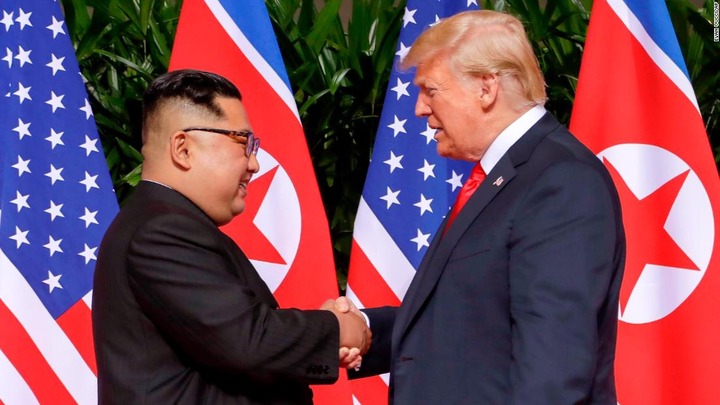 President Trump shook hand with North Korean leader Kim Jong Un on the morning of June 12, 2018, during the historic meeting in Singapore.

But nobody should be too naive to think a dilemma with decades of history to be resolved with just one handshaking, or with just one summit. We might expect more ups and downs, surprises or even threats from both sides in the future. Both wisdom and patience are needed here.

On April 27, 2018, as the world held its breath, Kim Jong Un and Moon Jae-in reached across the Military Demarcation Line that divides the two Koreas and shook hands, the result of a remarkable though on the peninsula sparked by the Winter Olympics two years ago.

The two leaders agreed to pursue permanent peace and the complete denuclearisation of the divided Korean peninsula.

A prospect that seemed unthinkable just a few years ago has become a reality. At a historic summit, North Korean leader Kim Jong-un, clad in his trademark black Mao suit, met South Korean President Moon Jae-in at the world's most heavily armed border on April 27th, 2018. The two leaders spontaneously shook hands and posed for the photographs at the Demarcation Line Zone dividing the North from the South. Both Kim and Moon headed to the Panmunjom's Peace House, where the official historic summit took place.

"I am happy to meet you," Moon Jae-in told Kim Jong-un, ABC report said. Kim Jong-un has became the first North Korean leader to cross over to the southern side of the Demilitarised Zone since the Korean War ended in 1953. Kim Jong-un and Moon Jae-in decided to hold talks over the subjects of worldwide implications, the denuclearisation of the Korean Peninsula, a formal peace agreement and the improvement of bilateral relations. The outcomes of this meeting meant to determine the possible future meeting with Donald Trump and Kim. read more. 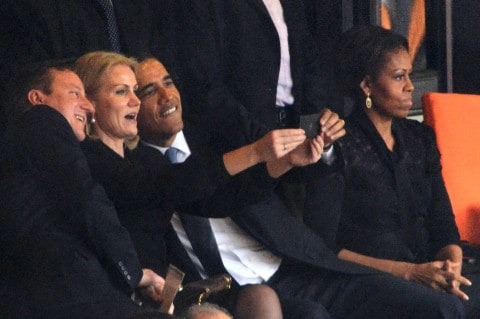 At a memorial service for Nelson Mandela on December 10, 2013, US President Barack Obama made headlines when he shook hands with Cuba's Raul Castro, the first such public greeting between leaders of the bitter neighbours after decades of enmity.

Within months there was a rapid thaw. Full diplomatic relations were restored in July 2015, followed by once-unthinkable steps to mend ties.

Obama visited Cuba in 2016 -- the first such trip by an American president in 88 years.

Washington also relaxed its decades-long embargo on the communist-ruled island, and US airlines resumed direct flights to Havana in November 2016. 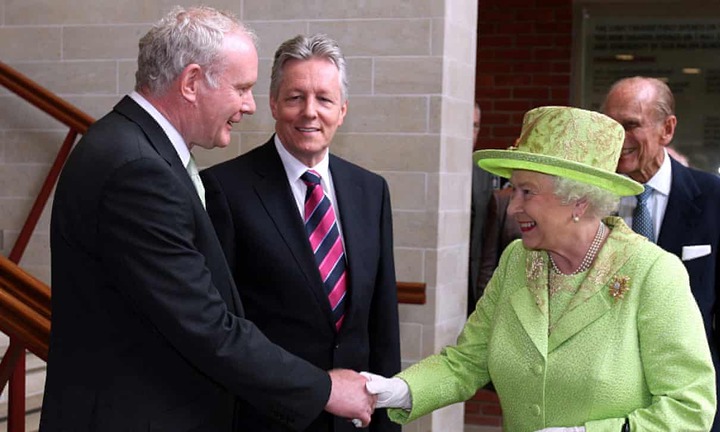 In a landmark moment in the Northern Ireland peace process, Britain's Queen Elizabeth II met Martin McGuinness, a former top commander in the paramilitary Irish Republican Army during the many years of bloody hostilities with British forces.

The IRA wanted an end to British rule in the province, and for it to be merged with the Republic of Ireland. McGuinness later became one of the figures that helped negotiate an end to the violence.

It was a gesture towards reconciliation that would once have been unimaginable, with McGuinness' militant past and British security operations still a source of anger for many. 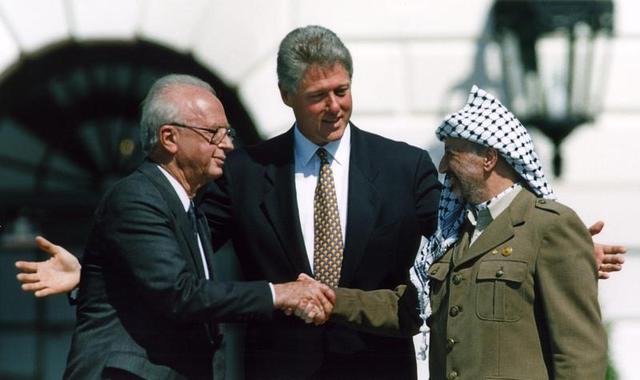 After months of secret negotiations in Norway, Israeli Prime Minister Yitzhak Rabin and Palestinian leader Yasser Arafat stood in the South Lawn of the White House on September 13, 1993 to witness the signing of the Oslo Accords.

And then, in one of the most dramatic moments in the Israeli-Palestinian conflict, with US president Bill Clinton's arms stretched around both leaders, Arafat and Rabin shook hands.

However, Rabin was assassinated two years later by a Jewish extremist opposed to the peace process, which faltered in the years that followed. 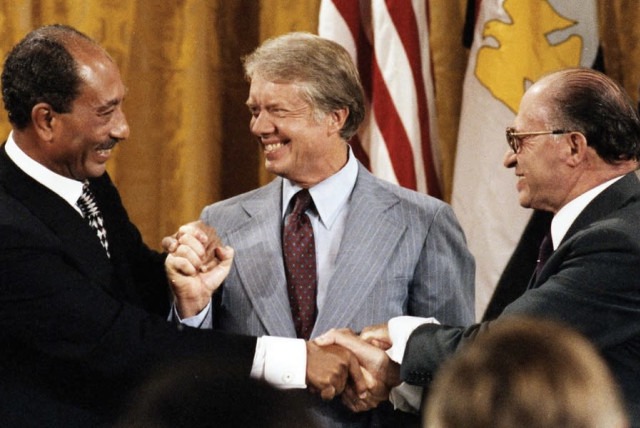 In what is widely considered a major turning point in the recent history of the Middle East, Egyptian President Anwar Sadat arrived in Israel on November 19, 1977 on a historic visit, the first by an Arab head of state to the Jewish nation.

The visit led to the first Arab-Israel peace treaty and the formal end to the state of war that had existed between the two countries for 30 years.

However, Sadat was assassinated by Islamists in 1981. 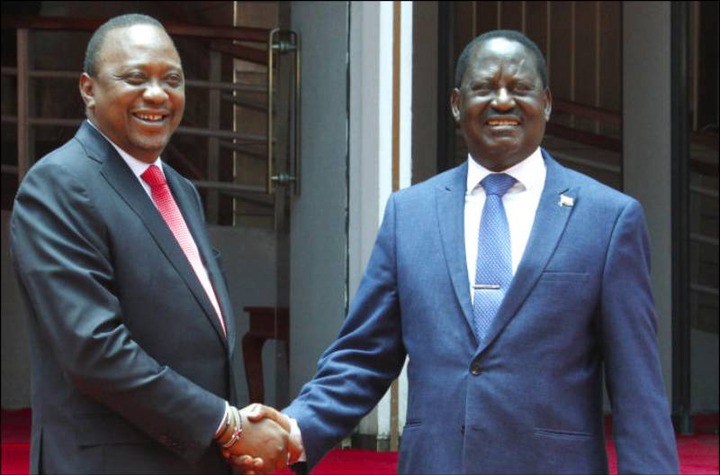 Without a doubt, ODM leader Raila Odinga is, in the mind of most Kenyans, the emblematic representation of the opposition. Yet, thanks to the handshake that ended the animus between him and President Uhuru Kenyatta, he easily stands out as the foremost State apologist today.

Nobody really knows, and we don’t have any facts on who really approached the other. We’re also yet to understand what will Jubilee and Uhuru will gain by joining hands with Raila, the man they bashed and roasted during the campaigns as a fossil politician whose time is past.

The fact is, a lot can happen, and a lot will happen as new factions begin to emerge for another political development in Kenya and 2022 elections.

It was always understood that Ruto would be Jubilee’s chosen successor to Uhuru in 2022. But that was in the old days, when Raila was the Jubilee duo’s common enemy. But for now, the possibility is for Raila Odinga who has the support from Uhuru Kenyatta to clinch the top seat in 2022.

This is historic moments that shook the entire glove leaving many people surprised. What is your views concerning these respective handshakes, do they have any impact up to today?