By Gabrielokwenah (self media writer) | 2 months ago 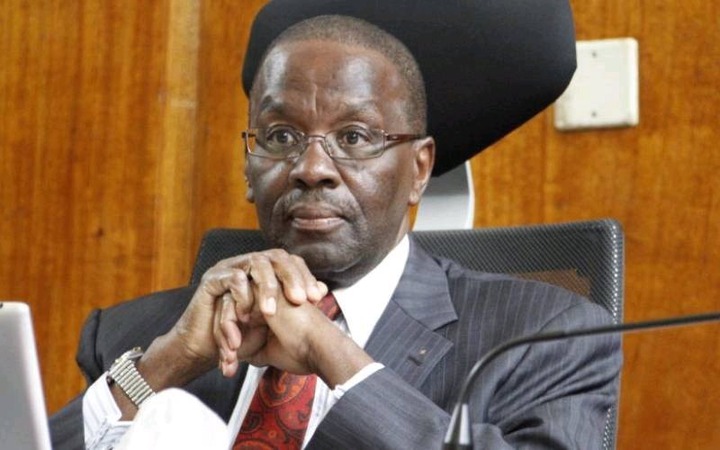 Shortly after President William Ruto unveiled the members of his cabinet, some Kenyans across social media platforms took to review the previous work experience of the nominees.

One claim that attracted the attention of the Former Chief Justice Willy Mutunga is over the appointment of the Former Speaker of the National Assembly Justin Muturi to the position of the next Attorney General.

This was after a Twitter user named Chris Ngaruthi claimed that Muturi was arrested and charged of receiving one million shilling bribe when he was serving as a magistrate. 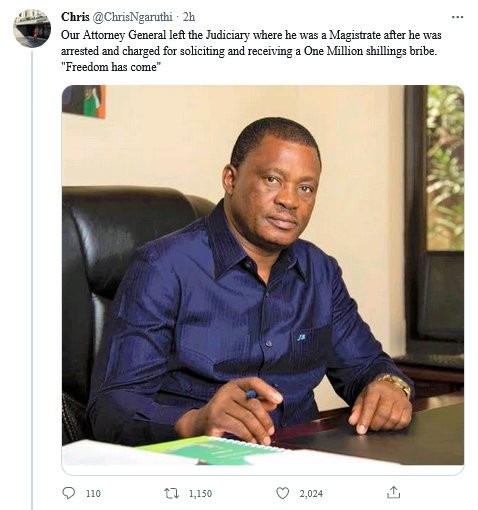 In his response, Mutunga slammed Ngaruthi urging him to speak facts and not allegations, saying that the case was determined and proved Muturi did not engage in such act.

"Why not get your facts right? He was tried for the offence before a Magistrate who’s now a judge in the CA. She found he had no case to answer and acquitted him. The AG appealed that decision only later to withdraw the appeal. You can peruse the file in the Judiciary," he tweeted.