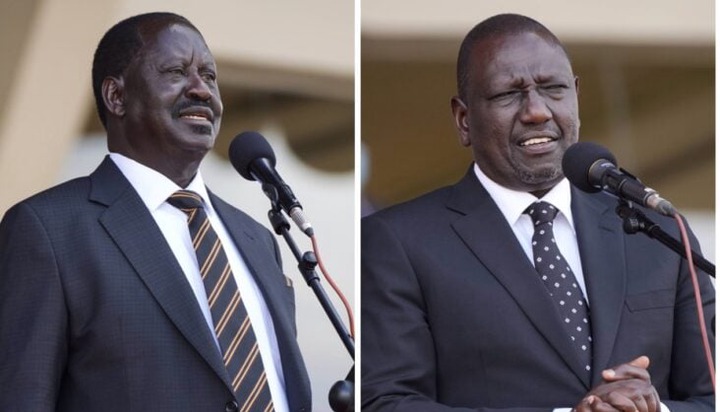 The Azimio La Umoja One Kenya Alliance boss Raila Odinga has insisted that he will be holding rallies against President William Ruto's government, more so over the suspension of the four Independent Electoral and Boundaries Commission (IEBC) commissioners.

Raila and a section of the Azimio leaders have promised to engage with Kenyans at Kamkunji Grounds both on December 7th and December 12th, arguing that Ruto was out for revenge.

Ruto and some Kenya Kwanza leaders have however dismissed and criticized Raila's call for mass action, but according to Constitutional Lawyer Joshua Nyamori, the Former Premier threats should not be taken for granted, and his political influence should not be underrated.

As quoted by the Sunday Standard, Nyamori argued that Raila, despite his loss in the August 9th polls, he is a man with a huge following, and most of his supporters have always stood with him.

He also opines that the high unemployment rate across the country and in Nairobi in particular might make thousands of youths, and who are not necessarily Raila supporters to join him for the protests since they do not have something to do.

"Raila has a strong following in the country. He might also be helped by the high level of unemployment in his protests. The joblessness means that people will still attend his rallies. He has a strong network with his ODM party and can therefore get a critical mass if his troops mobilize well," said Nyamori.