Huge Boost For Raila as 30 Governors Endorse Him 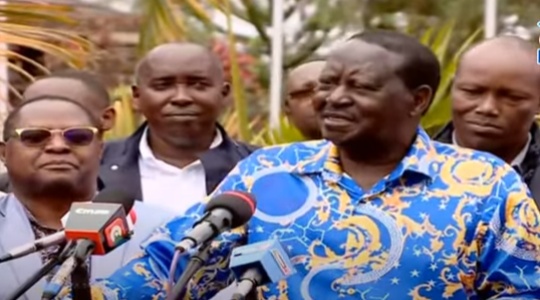 The Orange Democratic Movement (ODM) party leader Raila Odinga on Monday 17 January received a huge boost in his 2022 presidential bid after 30 governors endorsed him as the best candidate to succeed President Uhuru Kenyatta. The ODM leader met with the 26 governors in Naivasha who were supporting his Presidential bid. Four other governors sent their apologies but signed the declaration indicating their support for the former Prime Minister. Makueni Governor Kivutha Kibwana who had declared interest for the top seat in 2020 was among those who said they will support ODM party leader Raila Odinga for the presidency.

"I consulted my people in my county leadership and they gave me the go-ahead to support Azimio la Umoja and they told me that I have age on my side and will resume my presidential ambitions in future," he said.

While addressing the media after the meeting with Raila , Laikipia governor Ndiritu Mureithi stated that the meeting was aimed at assuring Raila support by the governors.

"This has been a consultative meeting between the governors and the fifth as we assured him of our support and discuss the way forward with regards to the Presidential elections. There were 30 of us present and a couple of us who were absent with apology," Laikipia Governor Ndiritu Mureithi stated. 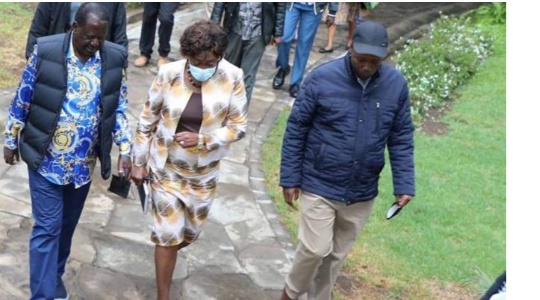 Delivering the statement from the governors, Mureithi noted that the discussions were based on a number of issues. The governors expressed confidence that Raila would stand out to protect devolution if he is elected as president. The governors also stated that the ODM leader is focused on the needs of each region as witnessed in the Azimio la Umoja consultative forums.

However, through the Azimio la Umoja movement, the governors pointed out that the ODM leader has shown commitment to peaceful campaigns and elections. They affirmed that they are keen to lead Azimio to grassroots mobilizations through peaceful and progressive campaigns. The governors noted that Kenyans would be safe in the hands of Raila as envisioned in the Azimio la Umoja..

"Having had deep deliberations on the future of the country, we hereby endorse Raila Amolo Odinga," Mureithi stated. 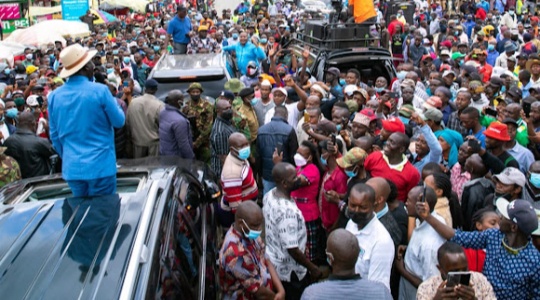 Marathi’s sentiments were echoed by his Kitui counterpart, Charity Ngilu, who criticized Deputy President William Ruto stating that he has always been opposed to changes in the constitution and that he opposed devolution.

"We will go out of our way to ensure Raila Odinga is the president in August. There’s as danger in electing Ruto as the president as he has always opposed the Kenyan constitution," Ngilu noted.