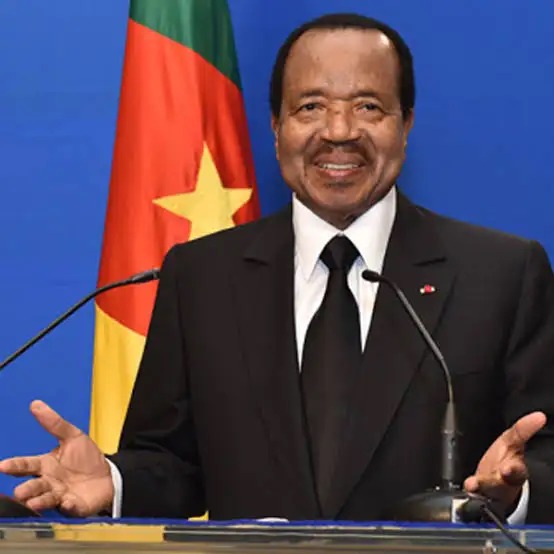 Biya rose to power after a surprise resignation of the then president Ahmadou Ahidjo in 1982. The peaceful transfer of power by his predecessor Ahmadou Ahidjo won Cameroon praise as an example to emulate in Africa, where leaders either held on to power for too long, through duplicity and violence, or were forced out. Since then, Biya has been winning all elections in controversial ways, some says he fraunds the election results to remain in power.Paul Biya spends most of his time in Geneva, Switzerland with his family ( wife and children) and a cabal of up to 50 people often with government jobs. He has a home in Geneva and another one in Cameroon but he loves to stay in Geneva. He travels to cameroon occasionally especially during public meetings, holidays and government activities. Paul Mbiya claims that he hates the climate in Cameroon and it doesn't favour his health and that why he resides in Geneva.

Back home, President Biya adopts a low-key style, staying out of the limelight and sometimes retreating to his home village.

He entrusts the day-to-day running of the government to the Prime Minister, Joseph Ngute who holds monthly gatherings of a "cabinet council".The prime minister is accorded wide latitude to manage the work of his ministerial team, while the head of state meets senior figures in private at the presidential palace in the countries capital, Yaoundé.