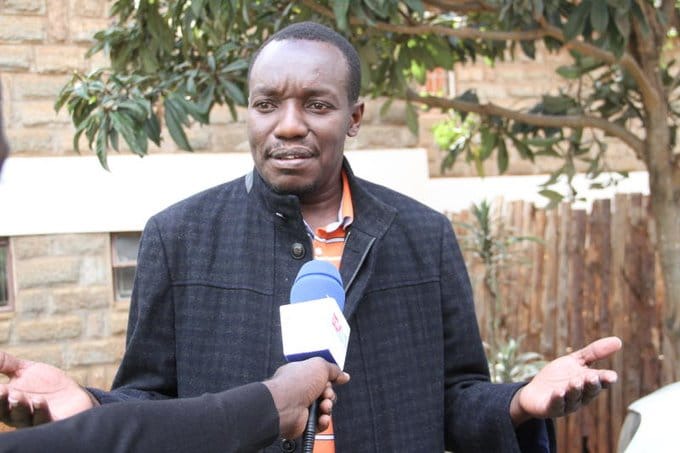 Dagoretti North MP Simba Arati accused the Catholic Church in Kisii of playing dirty politics after the 100,000 shillings he had donated were rejected.

Arati, who is running for governor of Kisii ahead of the 2022 election, called the move unfortunate while ideally accusing his political opponents of orchestrating the same thing.

According to the voice lawmaker, he has yet to receive the money he handed over, although he insists he gave the church more than Sh300,000 in donations.

“I have donated money to several church leaders. Why then do they claim to have returned some of the money? Why don't they return the rest, which amounts to over sh 300,000,” lamented Arati.

Over the weekend, unrest was observed at Nyamagwa Catholic Parish during a religious program.

When Arati entered, supporters of different politicians started shouting, prompting one of the priests to ask Arati to come out. This would have made him angry because he was denied the opportunity to speak.

Apparently some of his followers followed him outside the church and asked him to address them. It is said to have put blood between him and the leaders of the church.

“That's when I turned to them and tried to calm them down. What happened on Sunday is very unfortunate. I respect the church and strongly believe in God. At the end of the day, I don't have a bishop or a father who is my godfather, but I have God,” he said.