By Delanprince (self media writer) | 4 months ago

The fight to have the political party tickets is ongoing despite the fact that the nomination are long gone and the winners announced publicly. 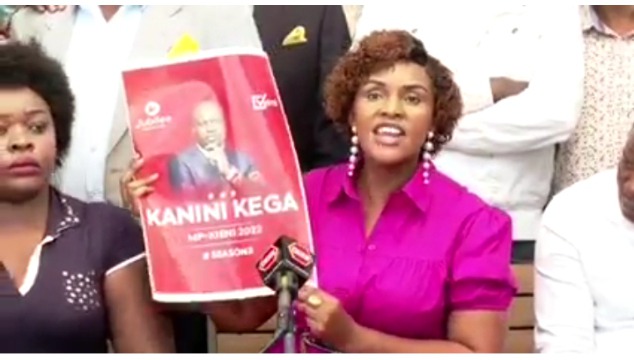 Today, a section of kikuyu leaders in Nairobi county have converged and had a press conference to tackle some burning issues among them the issue of zoning and also that of jubilee leaders failure to portray Raila Odinga in their posters.

Led by aspiring women representative hon Wangui B Ng'ang'a, the youthful leaders have bashed jubilee party for failing to issue the tickets for those leaders who fought teeth and nail to popularize the then dead party.

"If you see someone like me I used my own money, put up 14 billboards across Nairobi,organized over 2000 city hall meeting just to resurrect this jubilee which was dead, and we were never given the ticket because of zoning," Wangui Ng'ang'a said.

She added that leaders like Kanini Kega who are currently not receiving their phones and also are not loyal to Raila Odinga are the ones who have remained in the party to campaign for the ODM party leader.

"You see someone like Kanini Kega, if I call him he doesn't even receive my calls, he does not even understand the city politics yet he was at the forefront to negotiate in the zoning. Look at this poster, there's no even a single picture of Raila Odinga on it and this is what he is campaigning with in kieni, is this loyalty? She added. 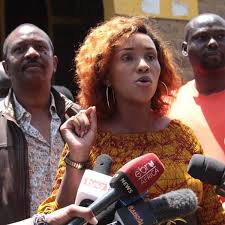 The leaders went ahead to give Uhuru and his party an ultimatum of 48 hours to address the issue of zoning or else they will lose more popular politicians.

Wangui among other leaders like Richard Ngatia, Ann Kananu, Agnes Kagure were denied the jubilee party ticket in favor of other candidates.