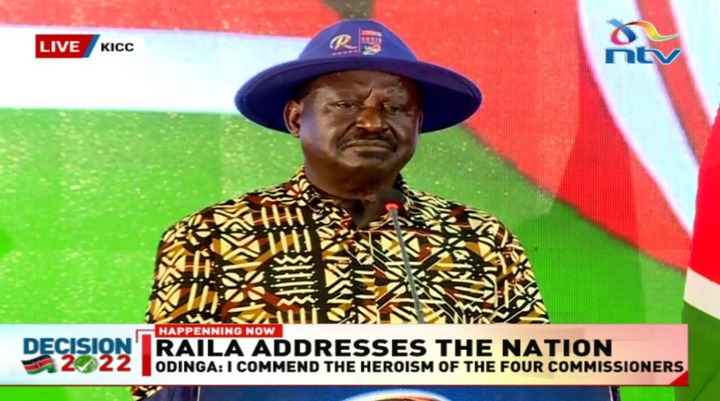 On Tuesday, former Prime Minister Raila Odinga of Azimio La Umoja-One Kenya dismissed the results of the presidential polls announced by the Chairman of the Independent Electoral and Boundaries Commission (IEBC) Wafula Chebukati on August 15, 2022; saying that there is no President Elect in Kenya at the moment.

However, Elgeyo Marakwet senator Kipchumba Murkonen has reacted noting that the embattled Independent Electoral and Boundaries Commission Commissioners are reading from the same script.

"The statement by Raila Odinga and the one of the 4 estranged IEBC Commissioners was cut from the same cloth- Azimio. Since the results were in a public portal and everyone in Kenya and abroad tallied, let the 4 Commissioners and Azimio share their figures jointly or severally."Kipchumba Murkonen. 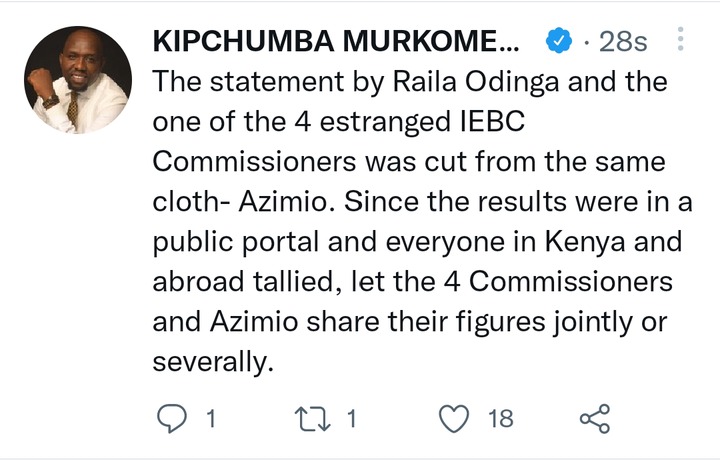 On his part, Raila Odinga has noted that, "We Kenyans and members of the Declaration love peace. We have a plan to ensure that we end the challenge of poverty and tribalism," said Mr Odinga.

He has claimed that Mr Chebukati took a decision that violates the position of many IEBC commissioners. IEBC Deputy Chairman Juliana Cherera, commissioners Francis Wanderi, Irene Masit and Justus Nyang'aya yesterday Monday maintained that they are dissociating themselves from the results announced at the Bomas of Kenya Hall in Nairobi.

Likewise, the four commissioners today Tuesday have said that the results announced indicate 100.01 percent which exceeds 100 percent. They have also claimed that 0.01 percent represents almost 142,000 votes considering the number of voters who turned out to be more than 14 million. However, Taifa Leo's assessment shows that 0.01 is a percentage representing only about 1,420 votes.

"It is Wrong to Convert State House to a House of Worship", Azimio Politician Complains