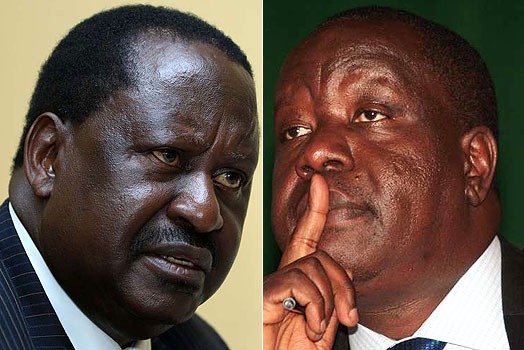 Trouble could be brewing inside Azimio la Umoja coalition after insider sources revealed the tussles ongoing in the camp over power-sharing deals.

According to reports from a local publication. disagreements have already emerged between two factions formed to deliberate on the power-sharing plans between major parties inside the coalition once Raila Odinga forms the government after the August polls.

It is reported that a committee of members mainly drawn from Jubilee and ODM parties was formed (handpicked by Raila and Uhuru) shortly after Martha Karua was nominated as Raila's running mate.

According to reports, the committee's main task is to agree on which government positions; both elective and appointive will be allocated to ODM and Jubilee parties. 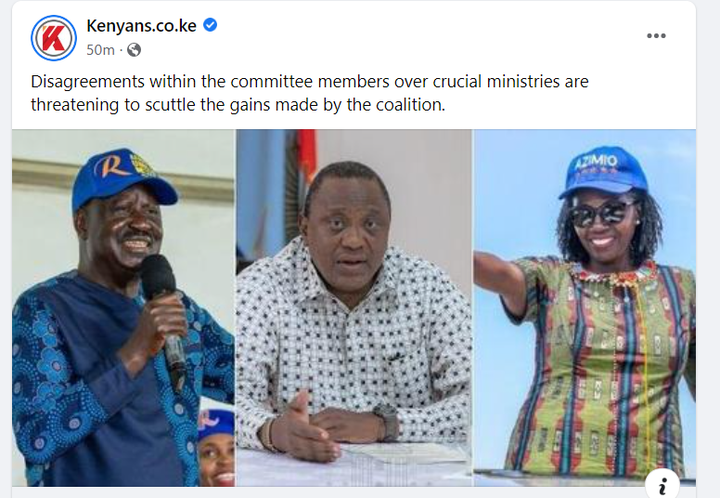 At the center of discussions is the position of the Ministry of Interior and Coordination of National Government, which is currently held by CS Fred Matiang'i. According to sources privy to the under happenings, the committee has disagreed on which party should be given the post, with both ODM and Jubilee interested in the position.

While Jubilee insists on having its member Matiang'i retain the seat in Raila's government, ODM on the other hand wants to have former Police Spokesperson Charles Owino appointed for the seat.

This according to reports, was the main reason why Owino ditched Gumbo's running mate post offer and announced his way back into the police service.

Among other posts that have caused disagreements between Jubilee and ODM are the posts of the Speaker of The National Assembly. ODM has reportedly demanded that former Speaker Kenneth Marende be given the post while Jubilee is insisting on being given the opportunity to elect their own.

Uhuru's Jubilee party has also reportedly demanded that it be given the Defence ministry and has already lined up Former Chief of Defence Forces, Gen (Rtd) Julius Waweru Karangi for the post. Jubilee also wants to retain CS Mutahi Kagwe in the ministry of Health which ODMM is also eyeing.

Look For Another 'Wife' - Crowd in Stitches as Uhuru Mocks Ruto