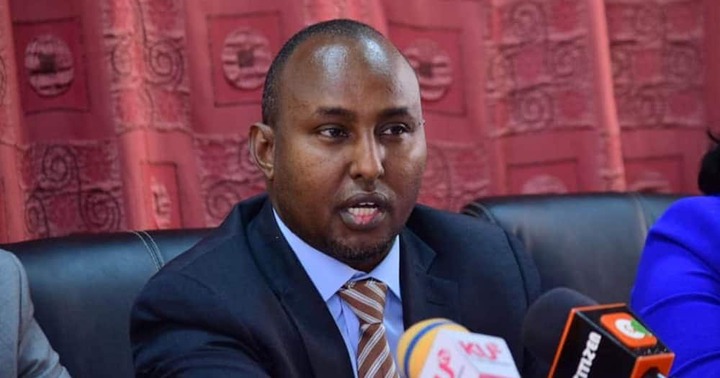 City Lawyer Wahome Thuku, who is among the stauch allies to the Orange Democratic Movement (ODM) party leader Raila Odinga, has come into the rescue of the Suna East Member of Parliament Hon Junet Mohammed after his 'reckless' statement which he made yesterday in Nyamira, about what might happen if the ODM chief Raila Odinga takes over power as president in upcoming 2022 general elections.

Junet claimed that if Raila wins presidency next year, then the government will go to Nyanza people for a period of about 20 years as it had already stayed in Central Kenya, qnd the people from Central will be going to Nyanza as visitors. This statement elicited many reactions from Kenyans who blasted the Legislator for making such a reckless statement when Odinga is even yet to capture power.

This has forced City Lawyer Wahome Thuku who is also backing Odinga for the top seat, to come into Junet's rescue, saying that Junet is not a Luo but just a leader in Luo Nyanza therefore he should not be taken seriously. Thuku argued that Junet is just a leader in Nyanza just like the way Mt Kenya people have a none Meruan MP, but the truth still remains that if Raila wins presidency, the powers will go to Nyanza just as it has been staying in Central region. That's a fact. Below is Wahome's latest statement on Facebook: 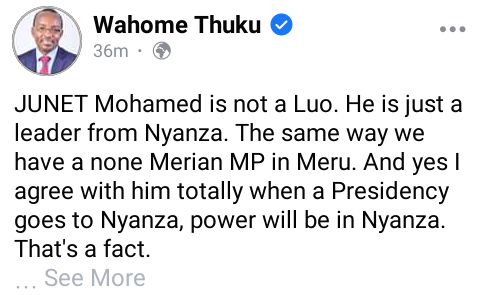