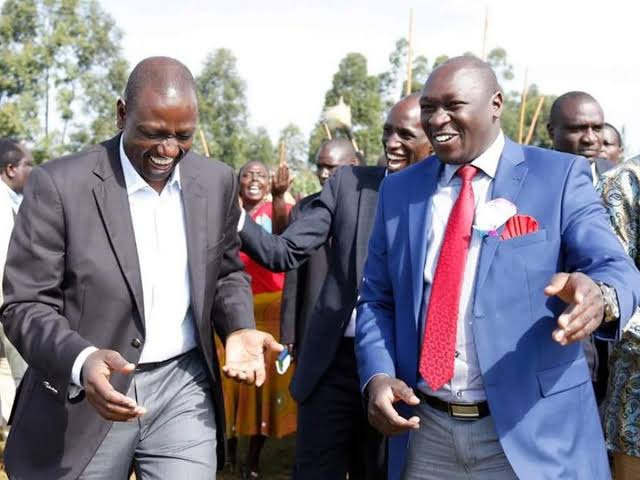 Dp Ruto received a Major Boost in his own backyard after Nandi hills member of Parliament Alfred keter vowed to stay in United Democratic Alliance Party.

For a very long time, the vocal member of Parliament had been criticizing Dp Ruto something which it didn't sit well with most voters from rift Valley region. He was seen a rebel who aim was to derail Dp Ruto's chances of winning Presidency.

according to Nandi Hills MP Alfred Keter, he only differs with Dp Ruto ideologically since Deputy President William Ruto faild to follow his counsel. 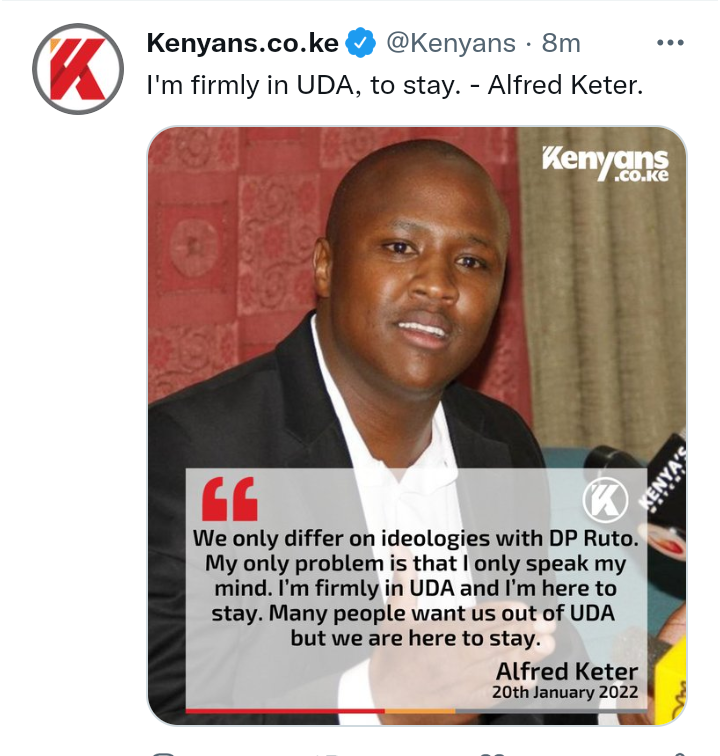 The young politician expressed opposition to the United Republican Party dissolving in order to join the Jubilee Party, a sentiment he shared with Ruto but dismissed.

Even though we were joining Jubilee, I counseled him against folding the then United Republican Party, which was a good political vehicle for our neighborhood, but he would not listen. He responded by claiming that the president is a friend and that he will not betray him.

Keter noted that there individuals with UDA who wants him out of the party.