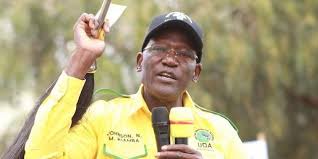 In a tweet, Muthama who unsuccessfully vied for Machakos county governor seat on UDA ticket stated that Alfred Mutua is reaping where he did not saw. He gave the following reasons to ascertain the fact that Dr. Alfred Mutua did not contribute to Ruto's vote basket; 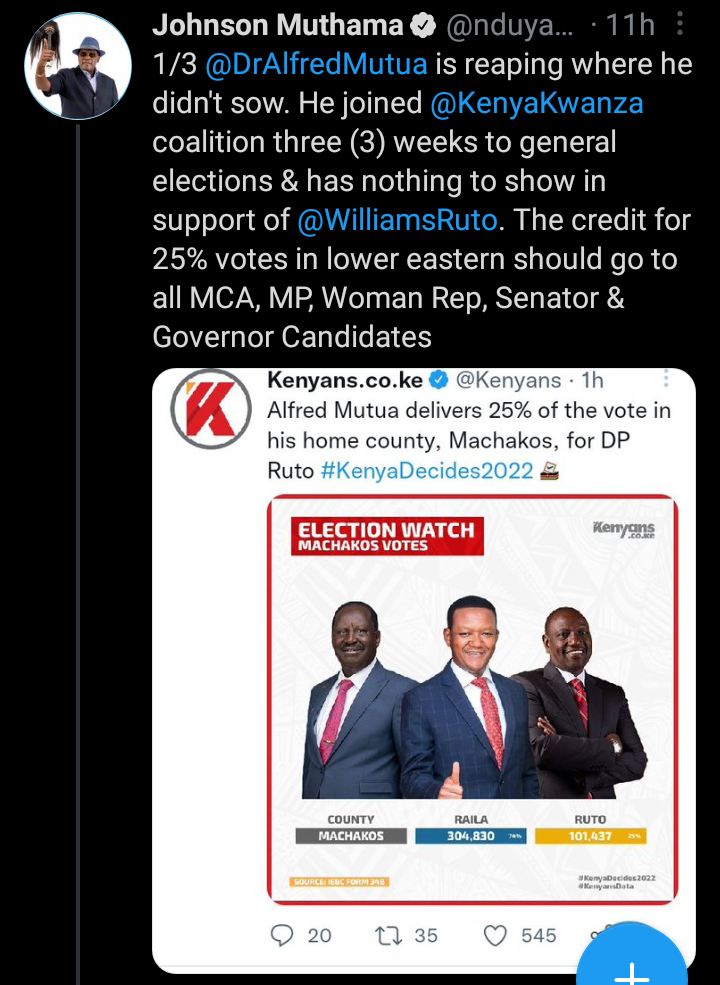 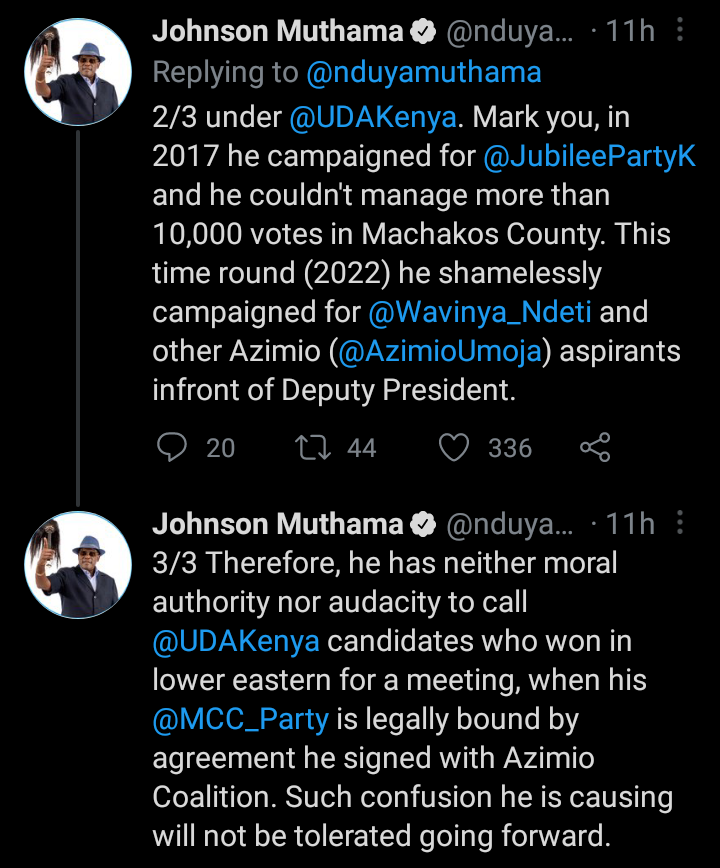