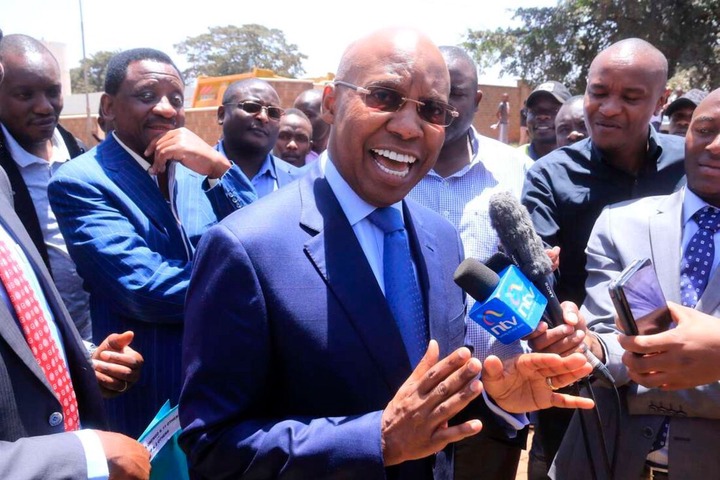 Wanjigi is among the rich and powerful persons from the Mt Kenya who are reported to have been influencing alliances and bankrolling the presidential candidates before general elections.

Latest details now indicate that the tycoon is personally interested in the presidency in 2022, after admitting the same to one of the local dailies.

Khawale says that Wanjigi is not to be dismissed, especially after working with some of the nation's biggest political names, including ODM leader Raila Odinga, terming him a very sharp minded person.

But he at the same time has predicted a defeat for Wanjigi should he indeed seek the seat, saying that he might be trying to bite more than can fit in his mouth. 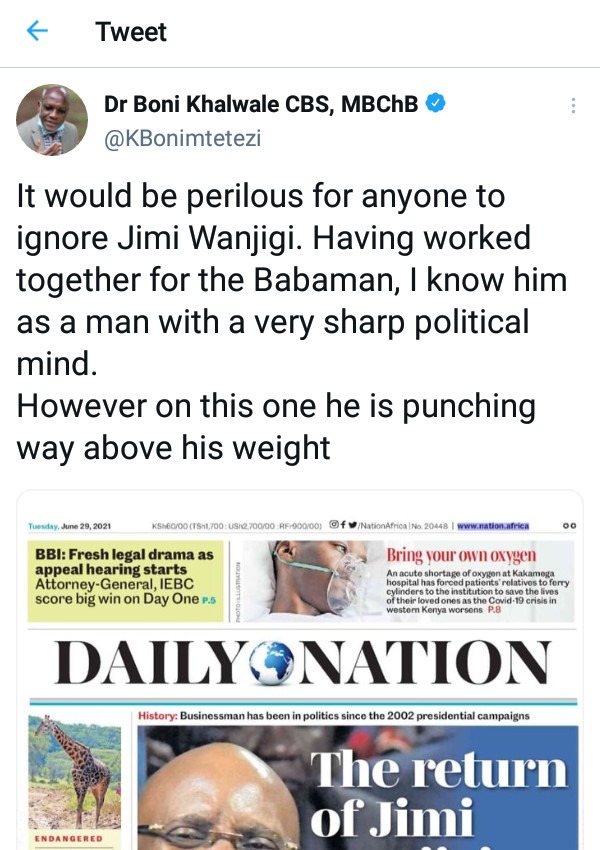 "It would be perilous for anyone to ignore Jimi Wanjigi. Having worked together for the Babaman, I know him as a man with a very sharp political mind. However on this one he is punching way above his weight," the former lawmaker says in a tweet.

He is among the leaders currently working with Deputy President William Ruto, another 2022 presidential aspirant, which could have informed his opinion about Wanjigi's 2022 winning chances.

The Nation reports that after seeking answers from Wanjigi on the issue, he stated that he will be seeking to succeed the outgoing President Uhuru Kenyatta, after years of supporting others.

"I will be in the race," he reportedly said in a message.

His candidature, however, is likely to be disapproved by the president, who has made it clear that he is against a fellow Kikuyu or Kalenjin like Ruto succeeding him.

He is seen as more focused on handing over power to a member of another tribe, Raila being seen as the man likely to secure his 2022 endorsement.