The Amani National Congress (ANC) party leader Musalia Mudavadi said that he had actually warned his counterparts against the Building Bridges Initiative (BBI) proposals on the creation of the judiciary Ombudsman.

ANC leader Musalia Mudavadi said that it is always good for the leaders to listen to each other as he said when one man's goer is to be listen and sing then the consequences will be grief.

Musalia Mudavadi said that for the past three and half years, we kenyans have all spend the resources, energy, refusing to listen to each other, talking about this BBI thing and making it to look like one way street but now God has stopped it. 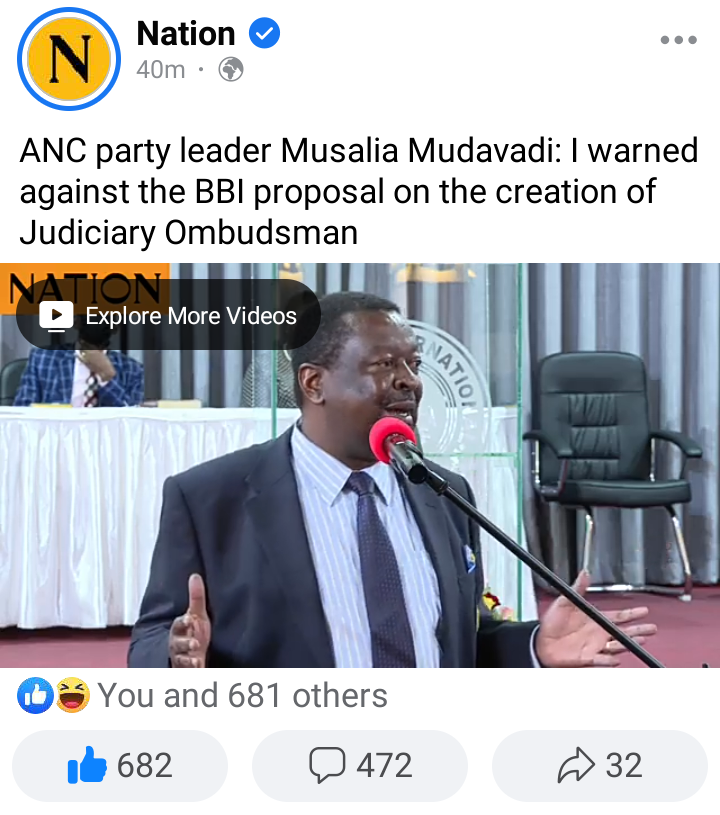 However, Musalia Mudavadi has been a strong ally of the Orange Democratic Movement party leader Raila Odinga and had formed a NASA coalition together but in some past few weeks the break up NASA and form One Kenya Alliance (OKA) together with Kalonzo Musyoka, Moses Wetangula and Gideon Moi. Here is the link for the video of Musalia Mudavadi speaking https://www.facebook.com/105983259496/posts/10159960123654497/?app=fbl

This actually created an intense reactions of the kenyans citizens in the social media saying that Musalia Mudavadi should not stick to what has passed and move on his lane by staying focus.