Ruto's Factor: Why Gideon Moi Will Not Risk Going For Prime Minister's Position

By NRMedia (self meida writer) | 12 days 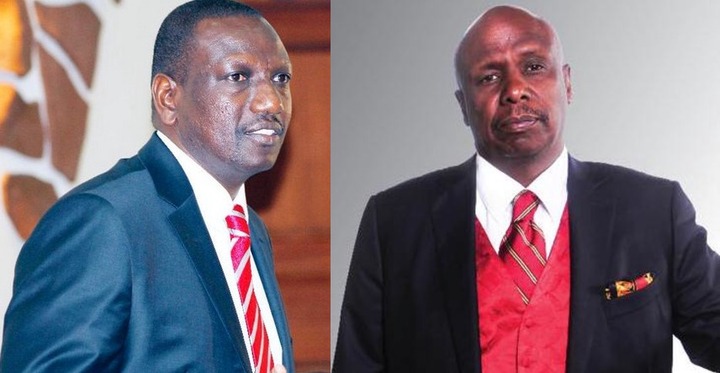 With less than two years remaining before 2022 presidential race, plans to succeed President Uhuru Kenyatta are on top gear.

Among the top politicians who have expressed clear indications of taking over from Uhuru is Deputy President William Ruto, Raila Odinga as well as Baringo Senator Gideon Moi.

It is however, Ruto's candidature that has left most State House operatives and the Deep State scratching their heads, with reports that President Uhuru Kenyatta could be fronting for Gideon Moi's presidency.

According to the Star Newspaper, Uhuru could have realized that pushing for Gideon Moi's candidature through the One Kenya Alliance could prove difficult to beat Raila-Ruto coalition. 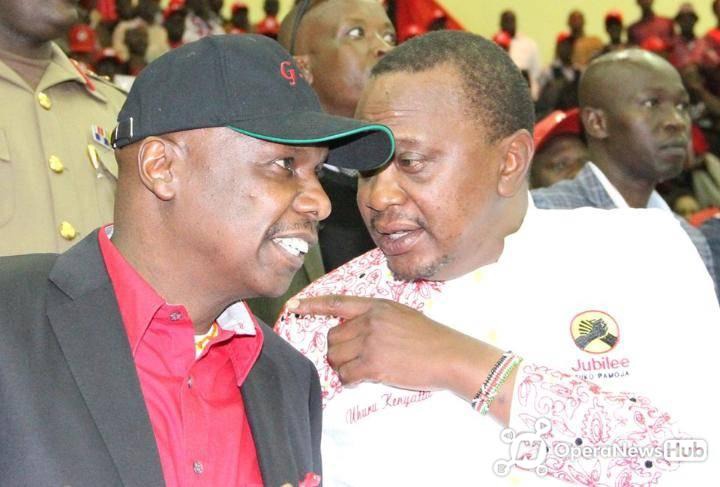 This could have informed Uhuru's recent change of heart, where he visited Raila Odinga's residence for a night meeting. According to the report, Uhuru could have decided to court Raila back into his camp, and have the Baringo Senator deputize him as one way of preparing him for future presidency and completely throwing his Deputy William into a political oblivion.

However, many could have wondered why Uhuru is not keen on pushing Gideon for the Prime Minister's position, should the proposed BBI constitutional changes sail through in the referendum.

Well, according to political experts, Gideon Moi and Uhuru cannot take chances since the Prime Minister and Deputy Prime Ministers' positions will require Gideon to run for an MP position first.

According to statistics from the ground, Gideon Moi will not risk running for an MP position at the moment in his Baringo county, since it is considered that the county has already shifted allegiance to Deputy President William Ruto's camp. 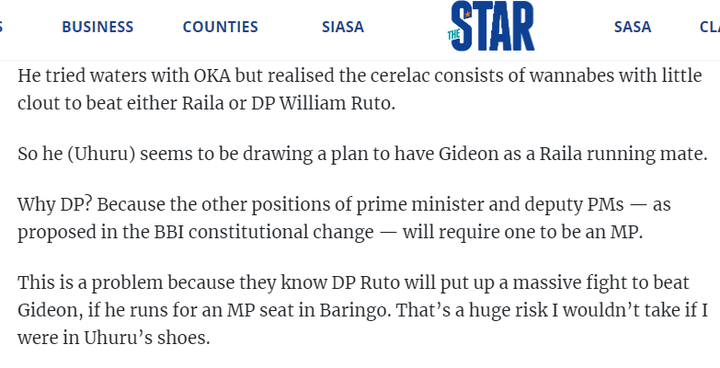 An extraction from The Star Newspaper drawing a wider picture on why Moi's Prime Minister's position will be a walk in the park for DP Ruto. COURTESY/THE STAR

This was imminent in the last BBI bill debate in counties, where Baringo county became the first county to reject the report as one way of 'punishing' the county's senator Gideon Moi and showing him that DP Ruto is in control of the county.

Thus Ruto's factor and influence in the entire Baringo county could see Gideon Moi loosing the MP's seat and in the process getting locked out of the Prime Minister's position.

In 2007 general elections, Gideon was beaten hands down by one of Ruto's allies Sammy Mwaita for Baringo Central constituency seat, meaning he’s no political strongman in his county.

And this was a clear reason why Uhuru's administration worked on quickly getting rid of William Ruto after the 2017 general elections, because with Ruto's candidature, Gideon Moi will not get anywhere close to the big seat.