By @abrahamngeno (self media writer) | 1 month ago 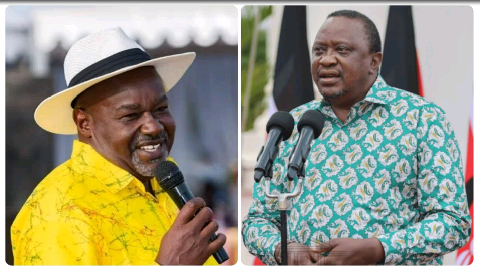 Kenyans have been reacting differently to the leaked audio clip recorded of William Ruto talking to Kikuyu elders in his Karen residence. Ruto was heard saying that he could have slapped president Uhuru Kenyatta because he wanted to give up after their victory was nullified by the then Supreme Court judge David Maraga.

Today, Soy member of parliament Hon. Caleb Kositany has disclosed more details of what happened to them after election in 2017. As he was being interviewed on NTV, he said that some Jubilee members (including him) were called to attend a State House meeting by Uhuru Kenyatta immediately after election.

As they were in State House, he said that the president abused them instead of thanking them for working hard to claim the victory in the presidential election. Kositany further revealed that this happened before another meeting some days later where William Ruto wanted to slap the president.

Content created and supplied by: @abrahamngeno (via Opera News )

Forget About Mkate-Man & Githeri-Man, See What This Kenyan Is Spotted Carrying While Casting Vote