NASA Is Dead On The Ground, Only Exists On Paper: Musalia Mudavadi.

By Muemarespect (self media writer) | 1 year ago 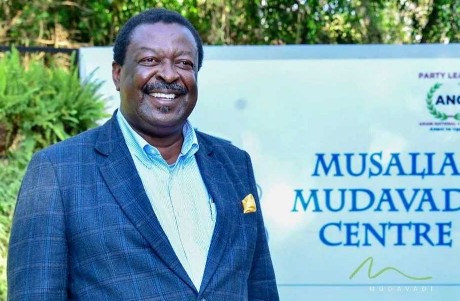 (H.E. Musalia Mudavadi, the ANC Party Leader: He Says NASA only exists as a legal document but dead on the ground:File/Photo)

In a shocking revelation during interview on a local media station, the ANC Party Leader has Publicly confessed of the tribulations facing the NASA Coalition, calminating from the handshake of Marc 2018.

"...NASA is in trouble, there is nothing to hide about it. The coalition is still existing legally on paper because none of the constituent parties has been bold enough to exit formally. Imediately after the handshake, the vission for which the coalition was formed got lost.

.... all affiliate parties in the Coalition have recreated to their backyards to consolidate themselves ahead of the next General elections of 2022. The current political happenings in the country is a clear indication that every constituent member have gone back to the drawing board to rebrand themselves in preparation for the next electioneering period. 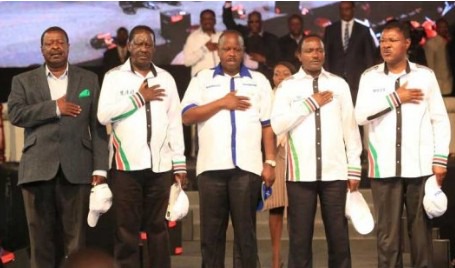 .. you can see what some of our partners have done..... I mean there's no way a party can be a member of two Coalitions at the same time... it's legally unacceptable

.. But some constituent partners have breached this already... and are not bold enough to write to the Registrar of political parties to solidly declare their Position.

The dynamics of Kenyan Politics is that political re-alignments are already taking shape in the country. Soon you will begin to see New Coalitions forming up in readiness for 2022 elections,"explained Mudavadi.

The ANC Boss was emphatic to clarify his Party's Position about entering New Constitution arrangements ahead of the next General election.

" .. My Party is currently consolidating grassroot Support Nation Wide.... we are working to ensure that we have enough solid support on the ground, as we reach out to establish New friends across the country. We are exploring this situation very carefully to identify and engage genuine partners who can help push our Party's agenda of clinching Presidency in the 2022 General Elections," Mudavadi reitareted.

Content created and supplied by: Muemarespect (via Opera News )