By Mwanahabari (self media writer) | 9 months ago 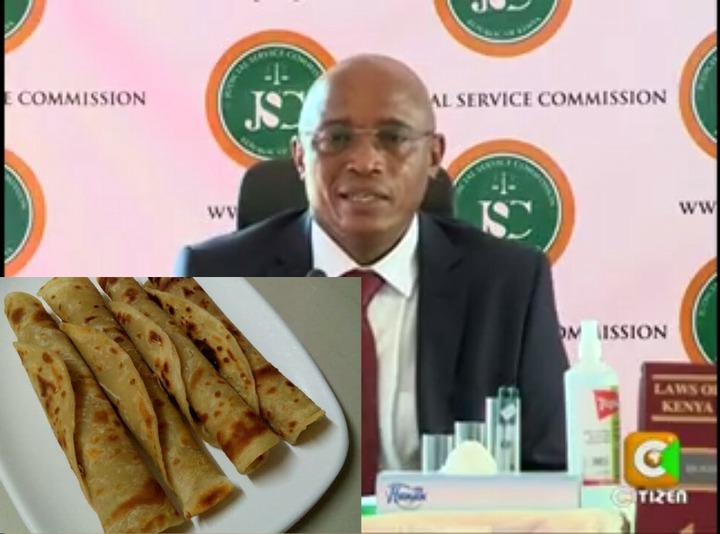 As the second week in the search for the new chief justice began, it was the turn for justice Mathew Nderi, to be taken to task, on why he should be accorded the task of seating at the helm of the Judicial leadership.

As he was given time to give a brief history of his life, Justice Nduwa shared, that at the school of law, he came to learn that "Chapati" had been given a new learned name.

The justice revealed that he found the name hilarious, as it was referred to as a "double dialogue" by those who were taking their studies at the school.

The judge went on to reveal what made him move from Kenya to Swaziland, where he served in better part of his life, and only came back after 2002 general elections, where a new regime had taken over.