It is said that in politics there are no permanent friends and enemies as well.The dynamism in politics do see fierce political antagonists and nemeses mending fences and becoming close confidants and allies after a very short span of time.

Deputy President of the Republic of Kenya,Dr William Samoei Ruto and ODM party leader Raila Amolo Odinga are today not seeing each other eye to eye.The two hold divergent views pertaining to politics and leadership of Kenya.As the country strides towards the 2022 general elections,the two are viewed as the fiercest political competitors and antagonists as far as presidential race is concerned.But what really made the two to perennially read from different scripts? 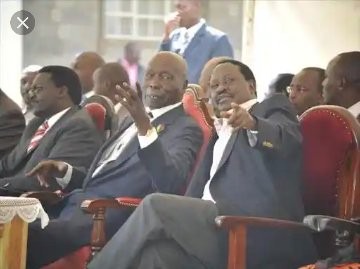 Dr Ruto and Hon Raila first found themselves in one political fold when Raila's party by then-National Development Party(NDP) merged with Former President the late Daniel Arap Moi's party KANU to form New KANU in 2001.In this new-found political deal,Raila became the Secretary General of KANU whereas Ruto clinched the post of the party's Director of Elections.

When Moi finally settled on Uhuru Kenyatta as his preffered presidential heir,Raila and host of other leaders unanimously walked out from KANU forming Rainbow Alliance that would later culminate into Liberal Democratic Party(LDP).LDP would later merge with NAK of Mwai Kibaki,the late Kijana Wamalwa and Charity Ngilu to form the National Rainbow Coalition (NARC).

When KANU fronted Uhuru as it's presidential flagbearer,NARC settled on Kibaki as it's canditate.Raila backed Kibaki while Ruto threw his weight behind Uhuru back in KANU.After the December 2002 general elections, Kibaki emerged victorious over Uhuru.Raila found himself in government with Ruto becoming part of Official Opposition.

In the NARC regime,things started beecoming coarsy and rough when the Raila-led wing allegedly cried foul of being shortchanged as far as the 2002 pre-election power sharing deal was concerned.Raila was to be appointed Prime Minister after the eventual ammendments to the Constitution.Things turned upside down when the then President Mwai Kibaki and his cronies turned gun-blazzing against Raila and his brigade.

The Constitution ammendments did not auger well with Raila and his bandwagon.This saw Raila teaming up with the opposition-KANU to reject the proposed Constitution of Kenya in 2005 referendum.Raila teamed up with Uhuru,Ruto and other key KANU leaders to lead the 'NO' campaigns against the proposed supreme law.The NO camp got a resounding victory over the 'Yes' camp that was seemingly led by Mwai Kibaki. 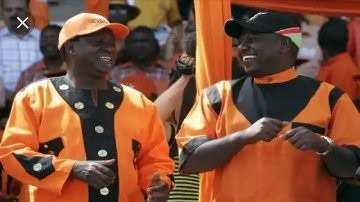 This defeat in the referendum saw Kibaki dissolving his entire cabinet with a purge targeting the defiant and rebel members.Ministers and their assistants who were allied to the Orange camp that opposed the Constitution in referendum were shown the door.This saw the likes of Raila,Kalonzo Musyoka,Najib Balala, William Ole Ntimama,Ochilo Ayacko and host of others being relinquished off their plum ministerial jobs.

With Uhuru retreating back,Raila led the Orange brigade to coin a new political formation.This saw the birth of Orange Democratic Movement (ODM) party with it's symbol being orange-the symbol used by the 'NO' camp during campaigns against the Constitution.Ruto would later ditch KANU to join ODM ahead of the 2007 general elections.Raila and Ruto once and again found themselves in one common political camp. 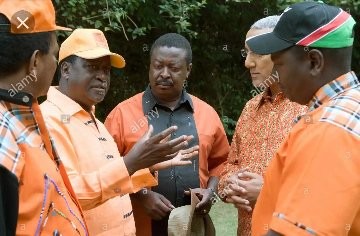 After their victory in 2005 constitutional Referendum, Ruto's political grip and influence in the Rift Valley region rose tremendously and this is when he started gaining full control of this region politically.

Ruto would later become part of the ODM leading wing-the Pentagon alongside Raila Odinga,Musalia Mudavadi,Najib Balala and Joe Nyaga.Kalonzo Musyoka formed a splinter party-ODM Kenya that he used to contest the presidency against Kibaki and Raila.

After ODM presidential nominations in Kasarani, Raila emerged the party's flagbearer with Musalia Mudavadi as his possible vice president.William Ruto was to be the prime Minister after their eventual entry into power and ammendments to the Constitution by then. 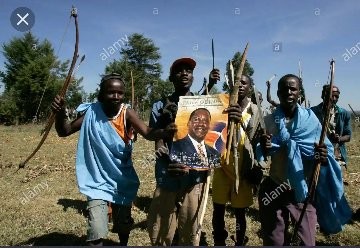 2007 elections turned controversial with Raila and ODM claiming that their victory was stolen.When the post-election violence errupted,DP Ruto's Kalenjin backyard was so instrumental in agitating for justice after their purported stolen victory.Ruto himself was categirical that they would settle on nothing other than their stolen victory.Ruto was so agitated and was in the forefront defending Raila's 'stolen victory'.The international community intervened and mediation talks were initiated led by former United Nations Secretary General,the late Koffi Annan.

The Kofi Annan-led talks were dubbed Serena Talks.Ruto was part of the ODM side on the negotiation table talongside the then Kibaki-led PNU side.The Serena Talks birthed the Grand Coalition Government with Raila Amolo Odinga becoming Kenya's Prime Minister. 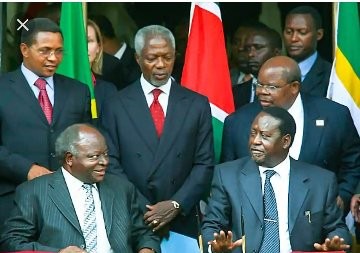 In the Kibaki-Raila-led government, Ruto was appointed Minister for Agriculture.Things did not add up well to Ruto who would later start brushing shoulders with Raila.The maize scandal that rocked the Agriculture Ministry saw Ruto and Raila trading barbs.Here,a seed of discord was evidently planted between the two.

Raila would later transfer Ruto to Ministry of Higher Education-a much lesser docket as compared to Agriculture.In the midst of their wrangles,the issue of eviction of those who had encroanched Mau forest errupted.The issue of Mau evictions saw Ruto and his Kalenjin backyard formally and politically parting ways with Raila.They viewed Raila as one after their woes despite them voting for him to the last man in the Controversial 2007 elections.Raila would later relinquish Ruto off his ministerial job.Ruto was thrown into political oblivion by Raila.Another seed of discord was sown.

When the investigations into 2007/2008 post-election violence was launched,six names of Kenyans that were seen to be highly responsible for the 2007/08 chaos were forwarded to the International Criminal Court (ICC) which is based in Hague, Netherlands.Ruto was named alongside Uhuru Kenyatta,Henry Kosgey,Radio Presenter Joshua Arap Sang,the then Police commissioner Mohamed Hussein Ali and the then Secretary to the Cabinet Francis Muthaura. 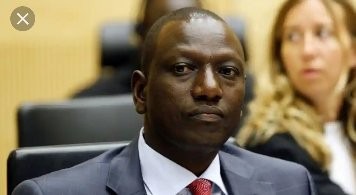 Despite being a member of ODM party by then,Ruto didn't receive any defence from his party leader Raila Amolo Odinga.Raila instead reminded the suspects to carry their own crosses concerning the cases that were impeding against them.This turn in events saw Ruto totally falling out with Raila.He criticised and castigated Raila for abandoning him at the hour of need.Ruto reminded Raila of how he had vehemently struggled for his political success pre and post 2007 general elections.

The ICC cases saw the final nailing of Raila-Ruto's Political relationship's coffin.The cases prompted Ruto to team up with Uhuru ahead of 2013 general elections.The two would later challenge Raila and emerge victorious in 2013 and subsequently 2017 Elections. 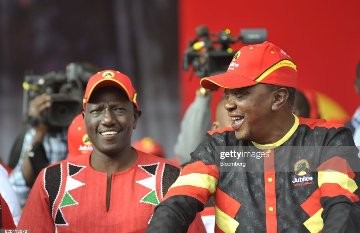 The two last Elections were sweet revenging moments for Ruto against his former ally-Raila Odinga.If you didn't know,now be informed that Ruto is bitter with Raila because of these three bitter instances:

1.Maize scandal that rocked his Agriculture docket while he was the Minister and Raila Prime Minister.

2.His demotion from prestigious Agriculture docket to little known Higher education ministry and his eventual sacking from the cabinet by Raila.

3.The ICC case that saw Raila abandoning him at the last minute despite him being his fierce defender in previous undertakings. 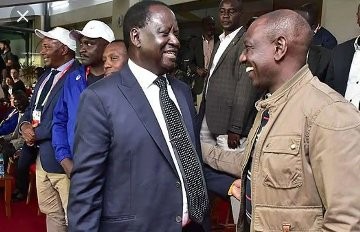 Whether the two would reconcile and cordially and warm-heartedly work with one another again is something that remains to be seen.But in politics,there are no permanent friends or enemies.