By Ckibiba (self media writer) | 7 days ago 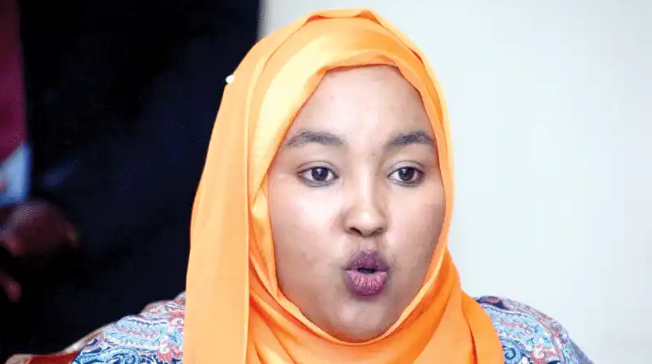 As the country moves closer and closer to the 2022 general election, some members of the Jubilee party also appear to inch ever closer to making what would be an earthshaking confession in regard to what really happened in the last general election.

This is after one of president Uhuru Kenyatta’s allies who has stood with him through thick and thin and continues to be one of his most fierce defenders, confessed about the numbers the ODM party leader Raila Odinga actually garnered in the controversial poll.

This is despite the attack that was unleashed on Maraga after the Supreme Court annulled the election.

Wajir County Women Representative Fatuma Gedi was speaking yesterday on K24 after she was hosted by the station’s lead Kiswahili presenter Daniel Kituu.

While dismissing the One Kenya Alliance outfit, OKA, as a group that stands no realistic chance of winning the election, Gedi said that the forthcoming poll scheduled for next year would be a two horse race.

Echoing the largely held belief, Gedi declared that the poll would be between Raila Odinga and Deputy President William Ruto.

While justifying why she believed that Raila was the best bet for launching a formidable run against the DP, Gedi made the unexpected revelation.

She told her host, K24’s Daniel Kituu that the truth is Raila Odinga was able to garner 50 percent of the votes in 2017.

Although she avoided going as far as to say that Raila won the election, she said that the election was a tie. A huge turnaround for her and her group’s earlier assertion that Uhuru had won decisively and comprehensively, she now claimed that the poll had no clear winner.

In the controversial poll, Uhuru was declared the winner after the initial poll but the Supreme Court annulled the results, forcing a rerun of the election. Raila boycotted the repeat election, leading to a chaotic stalemate that was later solved by the Handshake.

What Joho Promised People of Igembe, Meru County That Left Them Mad During Raila's Tour in Laare