Reactions After Gideon Moi's Only Pointman Defects To UDA 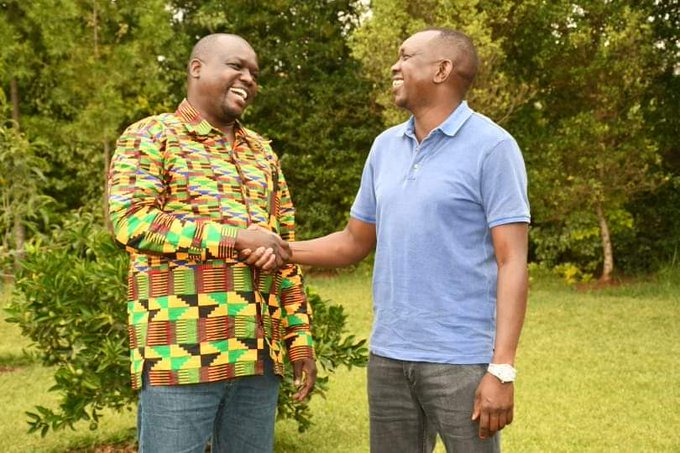 The United Democratic Alliance party is continuing to receive more leaders from other political camp as 2022 general elections draws nearer. They have managed to absorb more than half of those who were initially elected in Jubilee party.

With just a day after meeting former Tahidi actor, the party have again received KANU party leader Gideon Moi's point man. He was received by Kapsaret Member of Parliament Hon Oscar Sudi. While taking to his account to welcome him, the legislator he expressed confidence that Baringo county will soon join the hustler nation. 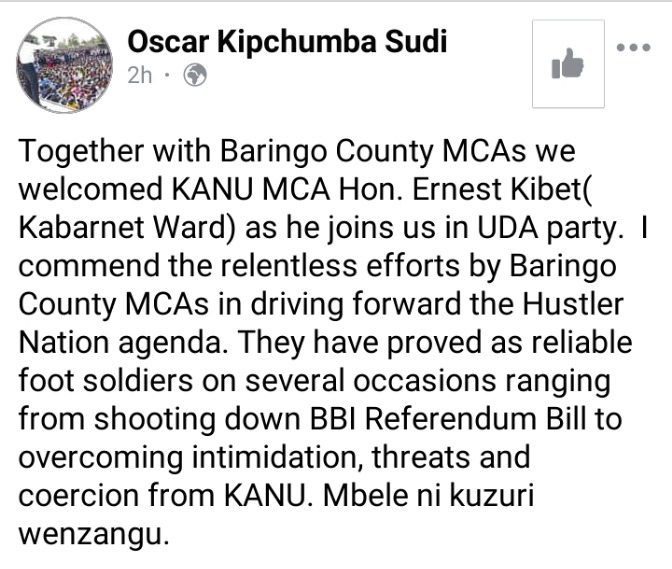 Hon Ernest Kibet is among the Baringo MCAs who paid hustler nation camp a courtesy call. He was elected on a KANU ticket to represent Kabarnet ward where KANU leader Gideon Moi comes from. KANU's only elected Governor had also initially decamp to hustler.

Kenyans had a mixed reaction with majority suggesting that DP's camp is determined to weaken former president Moi's son politically. Others suggest that it a Rift Valley based party. 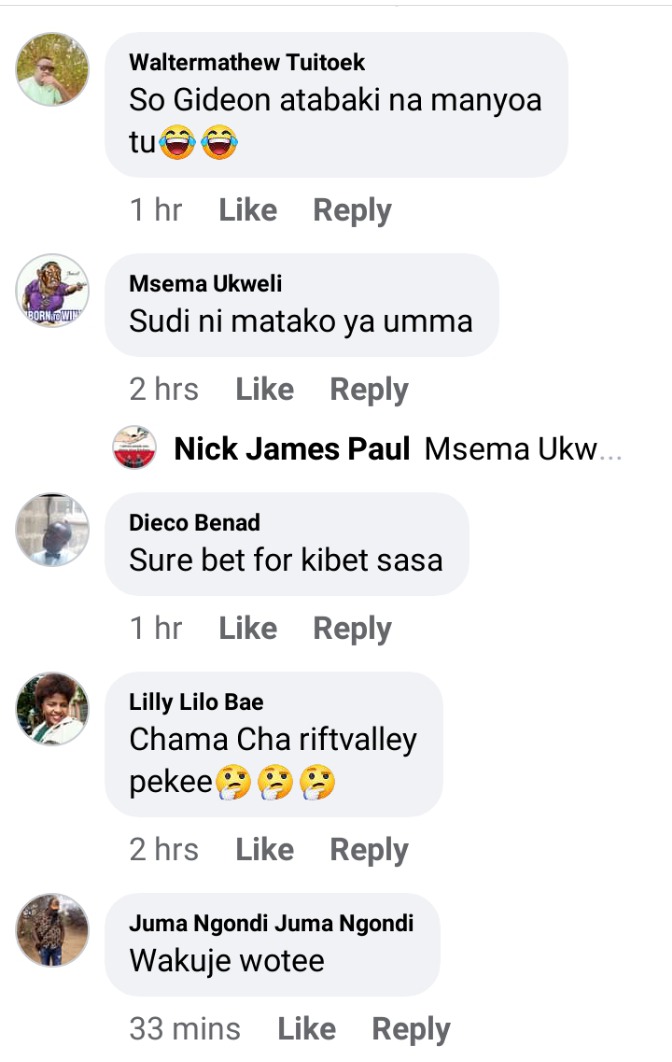 The question now left, is the next plan for the Baringo Senator as his pointmen are being absorbed in other parties. He is one of the OKA principals, a coalition formed to face off with DP Ruto come next years general elections.

The Places DP Ruto is Set To Visit This Weekend

Ruto Heads To Raila's Stronghold After His Tour Of The Coast, Set To Visit The Following Places