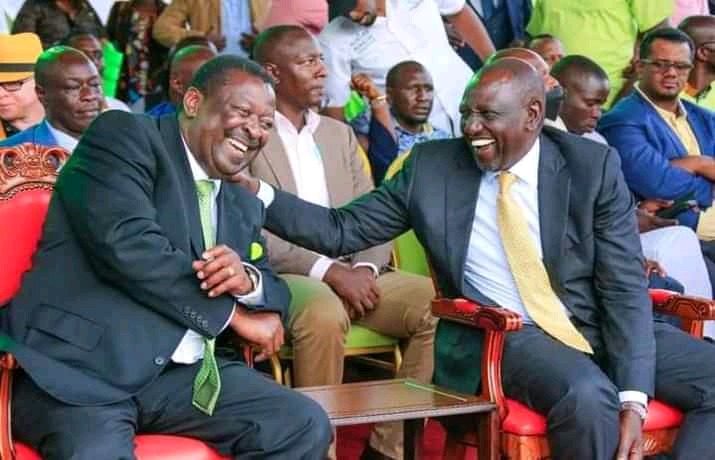 Musalia Mudavadi has seen himself heavily criticized and trolled by leaders allied to Azimio la Umoja. However, he has remained rooted to his decision stating that no one should chose friends for him. Among tough questions being asked is ,what position will the ANC leader be given should Kenya Kwanza alliance form government. 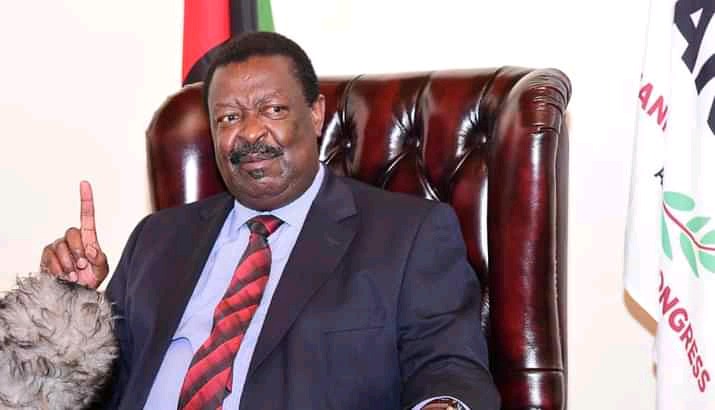 This has also been raised concerning Wetangula with political analysts saying that William Ruto has to choose a running mate from Mount Kenya. Today's standard newspaper has broken down how power will be shared between the three. According to it, Ruto will run for presidency and allowed to chose deputy president, deputy Nairobi governor and also Nairobi's women representative.

Musalia Mudavadi will be given a chief minister position with ANC receiving finance and devolution ministries. They also will produce gubernatorial aspirants for Nairobi,Vihiga and Kakamega. Wetangula will see his party receive appointments for cabinet positions. The Ford Kenya leader will also receive a pass for Bungoma senatorial seat. His party will also pick gubernatorial 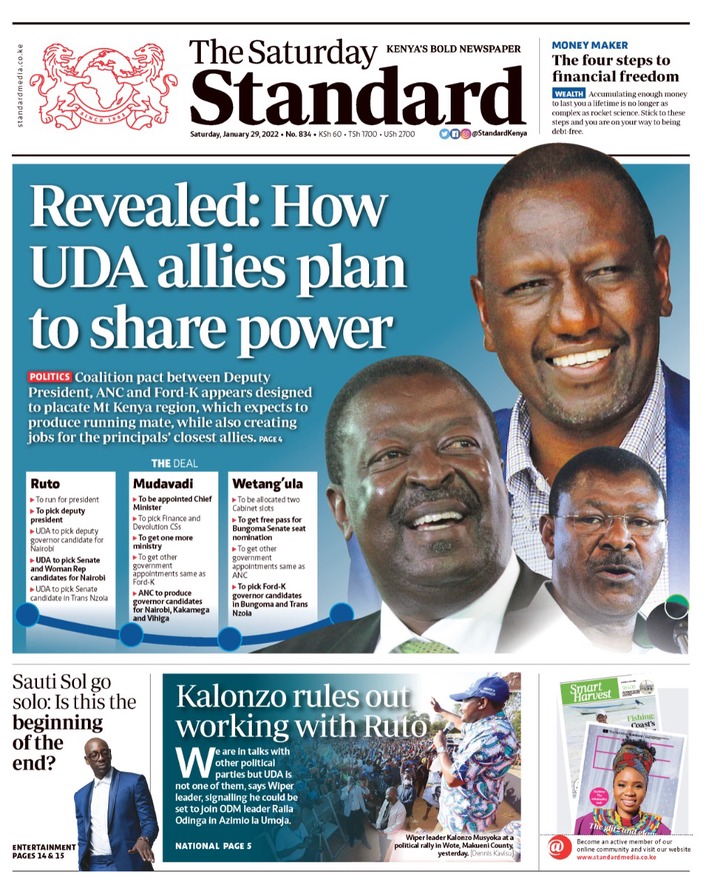 candidates for Tranzoia and Bungoma.