By Samrock (self media writer) | 1 month ago

Independent candidates have outperformed major parties in winning parliamentary seats in some constituencies in the ongoing Independent Electoral and Boundaries Commission vote tallying.

The Independent Electoral and Boundaries Commission (IEBC) confirmed the wins of six independent candidates running against major parties such as ODM, UDA, and Jubilee as of midday on Friday, August 12, 2022.

Kisumu Town East lawmaker, Shakeel Shabir, a third-time MP was re-elected on an independent ticket to service his fourth term after garnering 35,704 votes against ODM’s Nicholas Oricho who got 28,491.

Shabbir stated after receiving the certificate that the people's will had been demonstrated.

"I am humbled by the confidence that has been shown by the voters in me. It has reaffirmed that when the people have confidence in you, it does not matter which political party one is linked with," he said.

Ronald Karauri was also declared the Kasarani constituency MP-elect after receiving 32,406 votes against UDA’s John Njoroge who got 30,444 and Jubilee’s Mercy Gakuya 24,790. 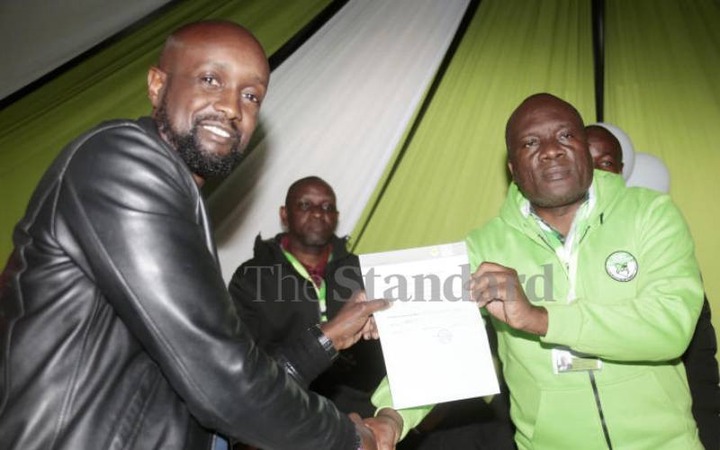 Karauri expressed his joy at becoming the first independent candidate to be elected MP in Nairobi.

"Thank you to the people of Kasarani, and for the trust mumeniwekea, mimi si msee wa mauongo, zile vitu nimesema ntafanya, ntafanya na mnajua (I'm not a liar, I will keep my promises),” he said.

The tallying process is still on as IEBC continues to tally results from different constituencies.

Content created and supplied by: Samrock (via Opera News )