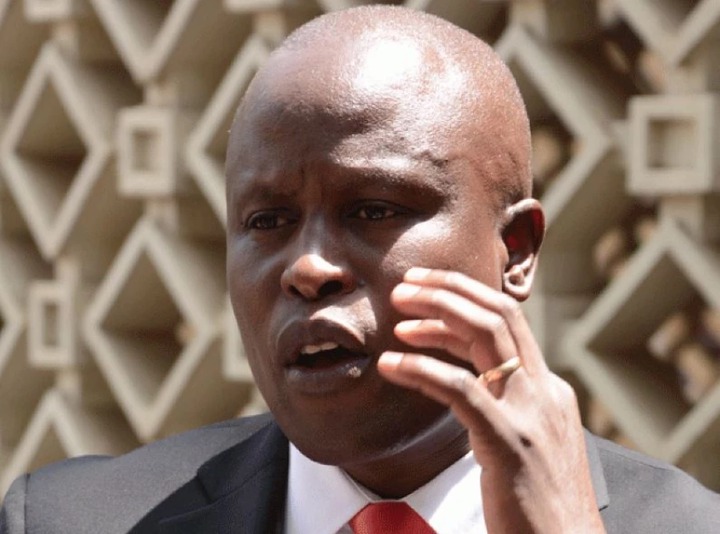 Speaking on Monday to a local publication, the former Kieni lawmaker divulged that his 'second thought' handed him victory in the hotly contested race.

According to Kega, the difference in Azimio had made him loose a number of ODM votes and if he was to rely on the party, his EALA dream would not have come true. 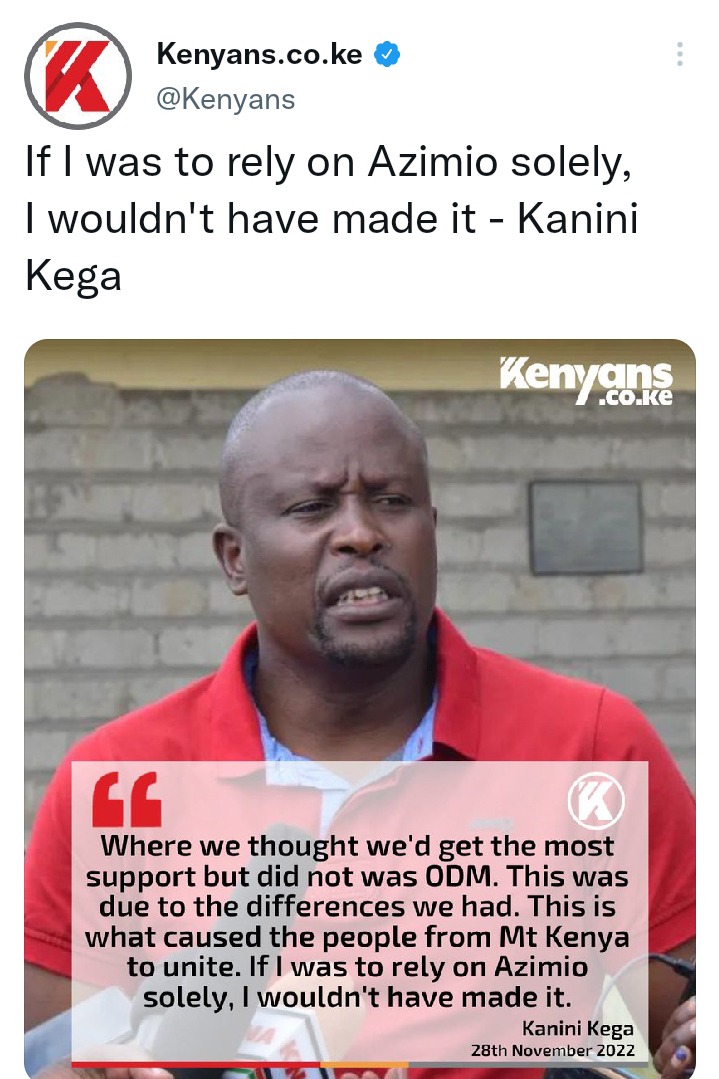 "Where we thought we'd get the most support but did not was ODM. This was due to the differences we had. This is what caused the people from Mt Kenya to unite. If I was to rely on Azimio solely, I wouldn't have made it,"said Kanini Kega.

The sentiments by Kanini Kega goes hand in hand with what Deputy President Rigathi Gachagua said after the results were announced. 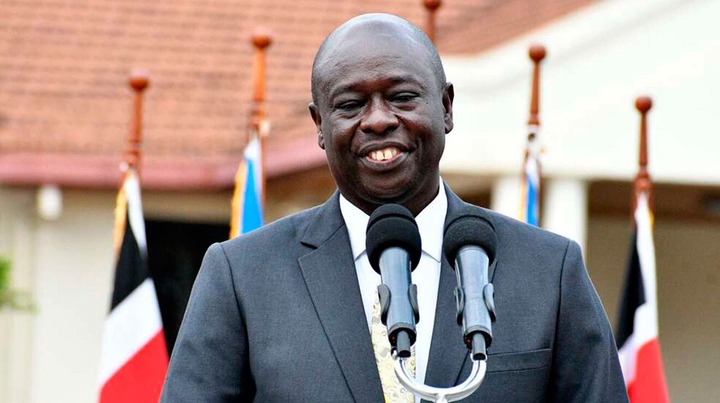 Rigathi who spoke to a congregation after the results were announced revealed that he helped Kanini Kega get the support of Mt Kenya MPs despite being on a different political faction.

Kanini confessed that the DP was behind his victory.

"I want to thank the DP Rigathi Gachagua who saw that Mt Kenya region will have a problem if we are not represented in Arusha, " he added.