Kenya Kwanza Principal and Bungoma senator Moses wetangula has been linked to the Greek Ballot Printer just months before the firm clinched the multimillion tender with IEBC to supply ballot papers and other election management materials.

New revelations that detail invitations to tour Kenya and the sending of an associate of Bungoma senator to Greece show that wetangula cavorted with the officials of the firm.

Besides the revelations, the senator is said to have written a letter to the Greece embassy requesting to have one Joshua abda be given a Shenzhen visa to travel to Athens.

The revelations have elicited reactions from the azimio la umoja coalition led by Raila Odinga which is now Alleging a well oiled plot to manipulate elections. 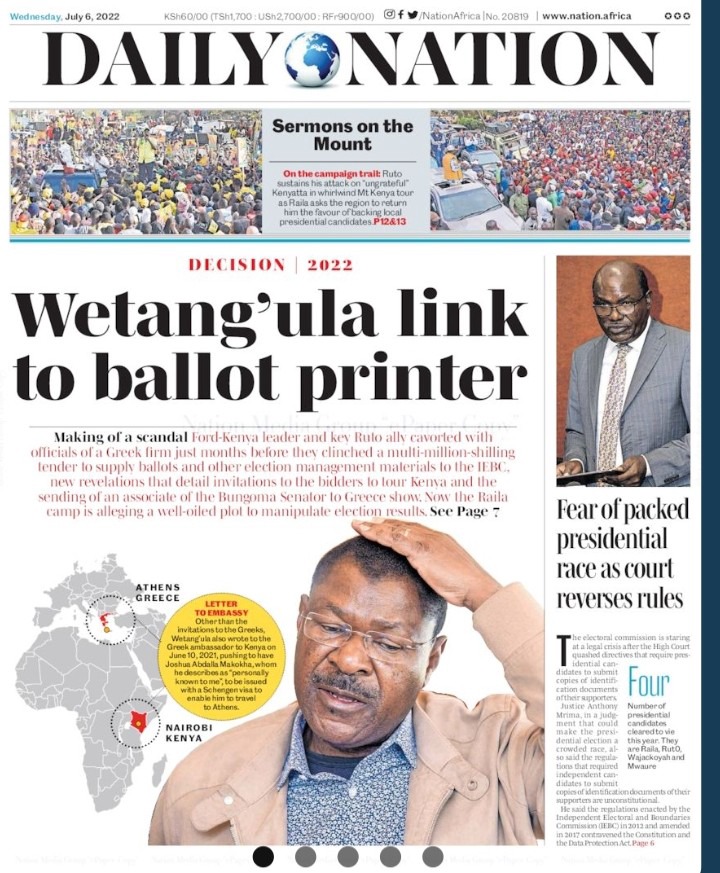 The president of the republic Uhuru Muigai Kenyatta will be leaving Kenyans worse than he found them in terms of the cost of living and poverty levels.

According to statics, the president found a packet of unga st KSH 109 in 2013 but now it is going for over ksh 200 signifying a huge percentage increment in price.

The decision has already been communicated to the court. 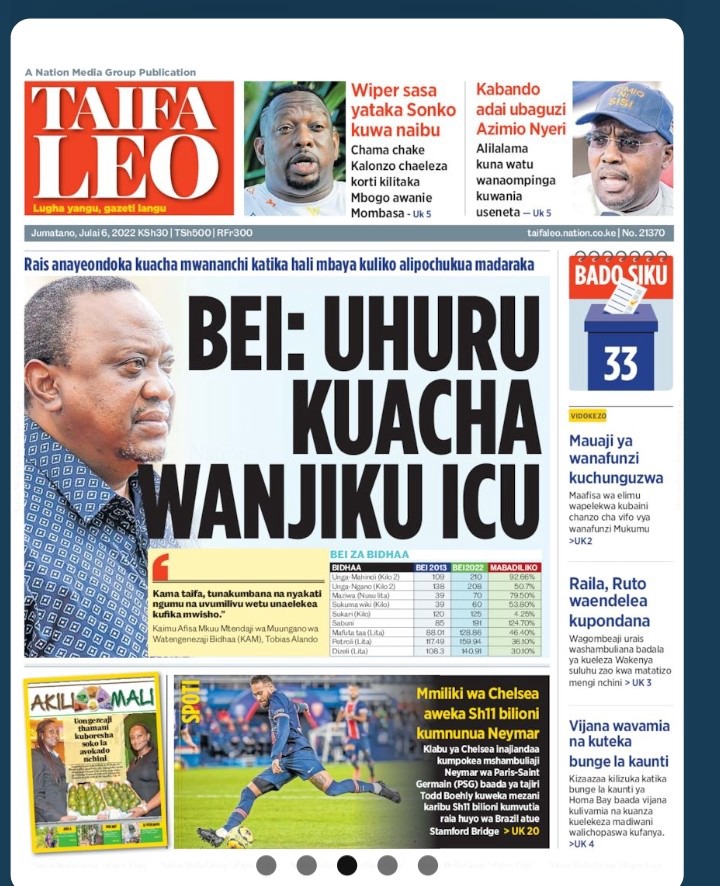 The land case was Against Kenya defence forces whereby the land was valued at over ksh 60 billion. 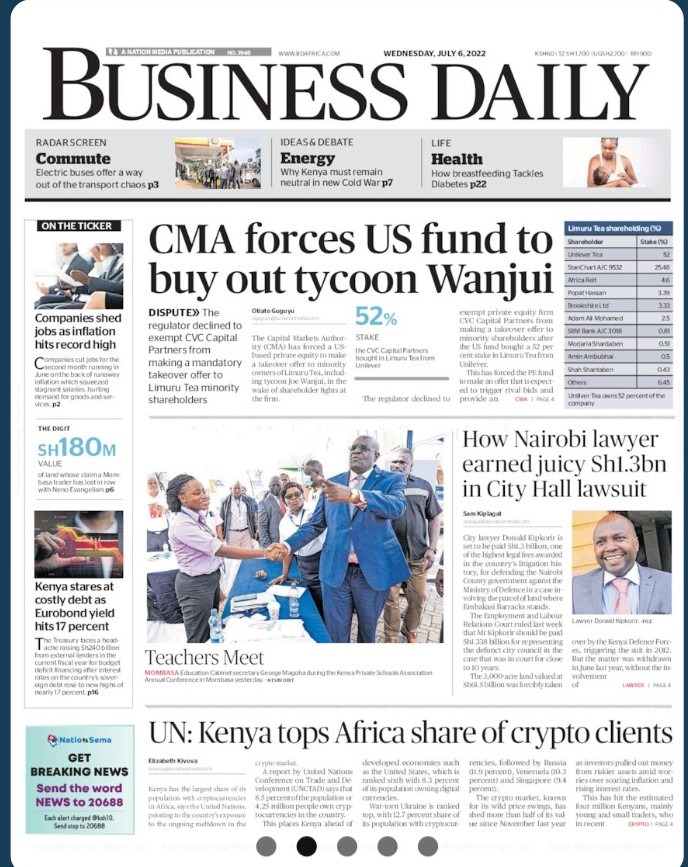 The former prime minister Raila Odinga of azimio one Kenya alliance took his vote hunting mission to Nyeri county yesterday whereby he urged the residents to elect him on august 9.

Having stood with Kibaki in 2002, Raila told them it's time they also returned the favor by voting for him. 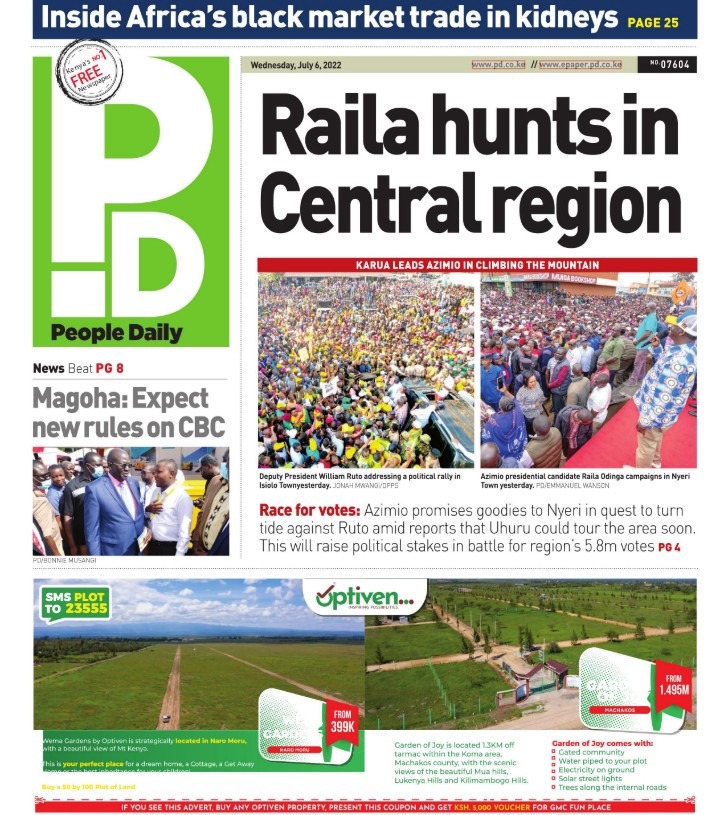 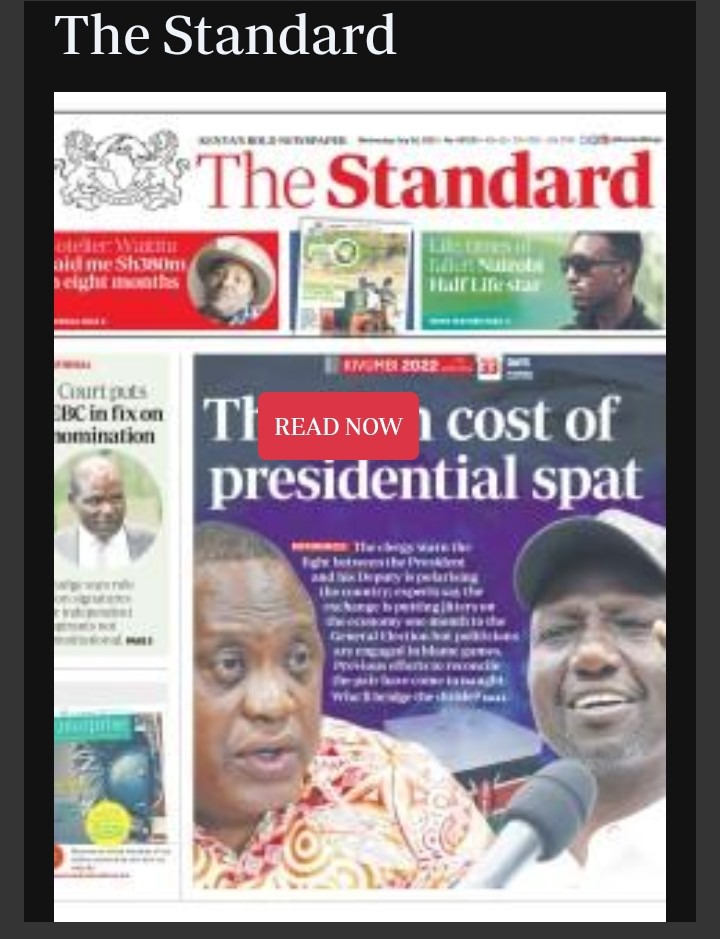 The men in Uhuru's inner circle tasked with steering handing over of power after the august 9 polls don't see eye to eye with the deputy president William Ruto.

However it will be interesting to see how they will handle the matter should the deputy president becomes the president elect. 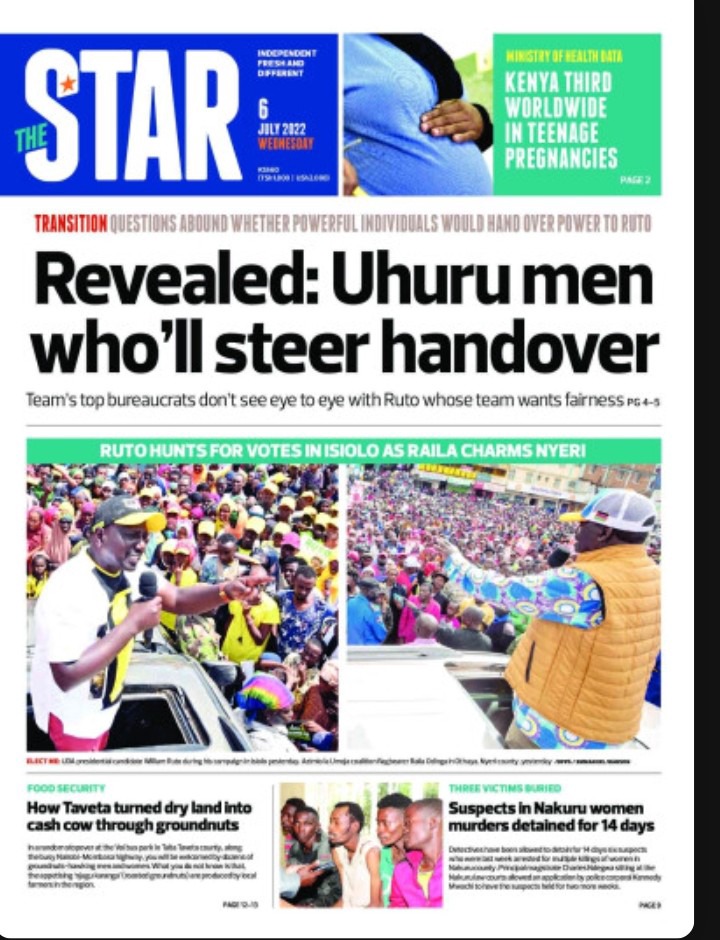 The Full List Of All 26 Azimio & Independent Leaders Who Have Joined Kenya Kwanza So Far.

"It Will Turn Disastrous for Him" Uhuru Warned of Trying to Elongate His Stay in Power, Told to Stop

Why the US delegation meeting with Ruto is much significant to his presidency.

Fifth-time unfortunate? The impossible to miss issue of being Raila Odinga

Bible Verse As You Start Your Day

The Grave Mistake That President Uhuru Made That Led To The Presidential Election Loss By Azimio.