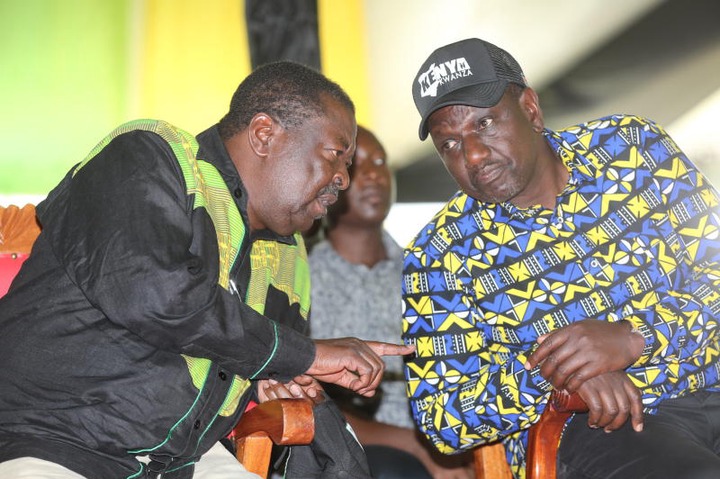 Deputy President William Ruto doesn't intend to give ANC leader Musalia Mudavadi and Moses Wetangula of Ford Kenya their share of the government after the August poll, a leader from Mt Kenya has warned.

Mudavadi and Wetangula have reportedly been promised a 30 percent share of the government if Ruto wins, but only if they deliver 70 percent of their Western Kenya backyard vote.

But Nyandarua governor aspirant Waithaka Kirika says that Ruto is just playing clever games on the two and plans on abandoning them after forming the government, hence his clever moves.

The leader, currently allied to Ruto's Kenya Kwanza coalition, wonders why else Ruto keeps tagging the two along in his campaigns if he wants them to deliver Western Kenya, which to him is hypocritical. 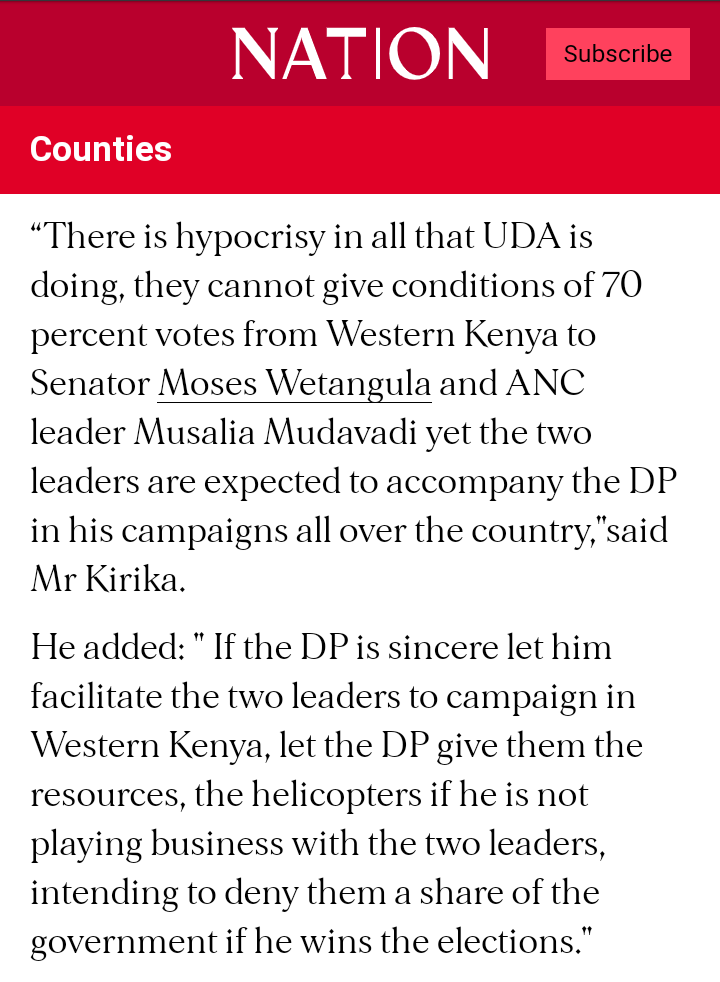 “There is hypocrisy in all that UDA is doing, they cannot give conditions of 70 percent votes from Western Kenya to Senator Moses Wetangula and ANC leader Musalia Mudavadi yet the two leaders are expected to accompany the DP in his campaigns all over the country," he told Daily Nation.

He says that if Ruto was sincere, then he would have facilitated the two to focus on Western Kenya and his decision to always have them on the move beside him means that he has other unknown intentions.

"If he is sincere then let him facilitate the two to campaign in Western and give them the resources, the helicopters if he is not playing business with the two leaders, intending to deny them a share of the government if he wins the elections," he is further quoted.

Kirika, the Deputy Secretary General of the TSP party, one of those making up Kenya Kwanza, is among the Kenya Kwanza members set to withdraw their support for Ruto after a crisis meeting set for Tuesday.