Kenyans Told What Kalonzo, Mudavadi Are Now Doing After Realizing They Can't be President 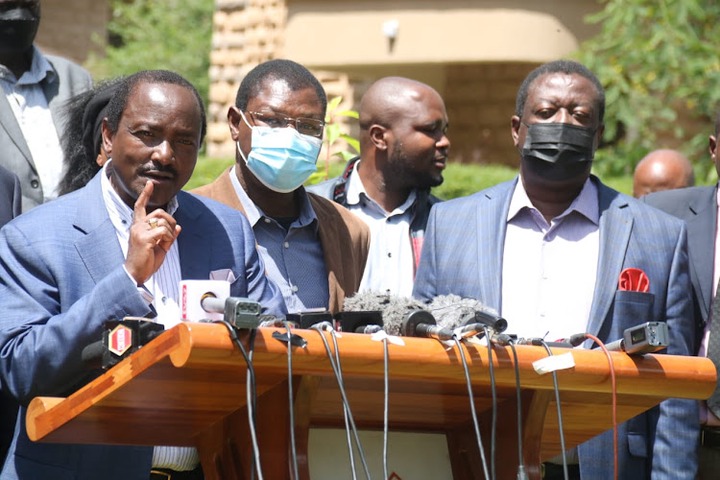 The OKA coalition leaders are not in the business of vying for the presidency in August for reasons close to winning and forming the next government, Makueni governor Kivutha Kibwana has said.

All the four OKA chiefs; Musalia Mudavadi, Moses Wetangula, Gideon Moi and Kalonzo Musyoka have declared interest in the seat, with others maintaining that it must be them flying the alliance's flag.

But despite their claims to be vying to win and lead after President Uhuru Kenyatta, Kibwana says that they are only out to spoil the party for the leading contenders after realizing they cannot win.

He says that they intend to scatter the vote and deny ODM leader Raila Odinga and Deputy President William Ruto a first round win, hoping for a second round of the same in the name of a run-off.

But the county chief adds that the four are unknowingly working against themselves, as they will have it hard joining the team that will emerge victorious after trying to deny it a first round win. 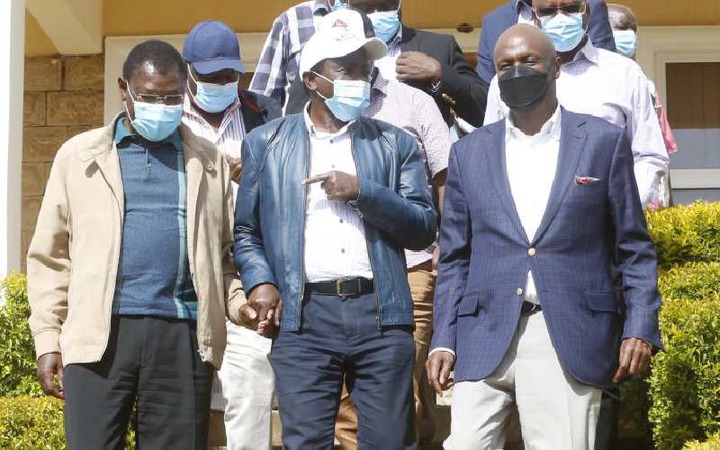 "OKA’s presidential bid presents itself as an attempt to force a 2022 presidential election run-off, not to secure the coalition’s victory. That is a gamble, as subsequent entry into the winning team will also be dicey. Kenyans will not vote for those who are unlikely to win,” he told the Nation.

Political analyst Herman Manyora said that the runoff which the four are apparently trying to push for will only come about if another aspirant emerges from the Mt Kenya region and gets over half of the vote.

“A run-off might become a reality if Mt Kenya people decide to field a presidential candidate. If that candidate gets 60 per cent, maybe 70 per cent of the vote, it would completely destroy DP Ruto’s arithmetic,” the commentator is quoted.

The four have maintained that they will be in the race to succeed Uhuru, with Mudavadi and Wetangula denying reports that they are in talks with Ruto. Kalonzo has said the same about Raila.

This is even as analysts argue that the race is between Raila and Ruto, with allies of Mudavadi pressuring him to join Raila if he wants to secure his political future and possibly be the next President..