The Lifestyle Audit Bill (Senate Bill No.36 of 2021) is likewise targeting setting up a legal framework for understanding lifestyle audits and grounds whereupon they can be started and executed. 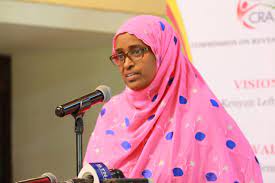 The proposed law gives the Ethics and Anti-Corruption Commission in collaboration with some other vital agencies to lead the audit after which the matter will be presented to the Office of the Director of Public Prosecution (ODPP) for action.

In the Bill, a state officer will be prosecuted in case there are motivations to believe that the individual is living beyond the legitimately obtained and reported income earned from the government.

The Bill further expresses that public officer who can't represent their kind of income will likewise be obligated for investigation and arraignment by the ODPP.

State officers will be considered liable for the misappropriation of assets within their spaces areas of jurisdiction with those found to have misappropriated funds under their care and trust being charged.

Members of the public will be important for starting reviews on state officials by lodging complaints to the EACC if they have a reason to believe that an individual holds an unexplained wealth of a public officer. 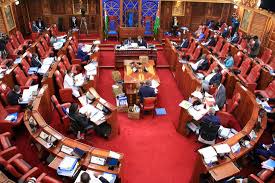 The Bill expresses that where the commission plans to lead a lifestyle audit, it will apply for a search warrant against the public official from the High Court with an exemption being made in case there are reasonable grounds to believe that evidence might be removed or destroyed.

An official who commits an offense during the conduct of a life style audit by making false or misleading statements knowingly will be liable to conviction and detainment for a term not surpassing two years or a fine not surpassing 5,000,000 shillings or to both.

The proposed law likewise gave a go-ahead for an audit to be done on a close relative of a public officer in case it is set up that a property that is a subject to a lifestyle audit is claimed by the close relative, including joint ownership.

Bungoma Senator, Moses Wetangula, noticed that however the Bill will reinforce existing legal structures and institutions improve accountability adding that few state officers can't clarify the source of their wealth. 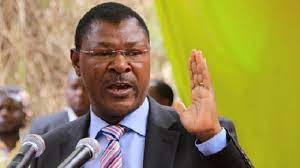 "If you at our country today, I dare say that more than 70% of rich individuals in this nation have worked for or are working in government. None of them can explain their wealth as being a source of their income for working with the government," he said.