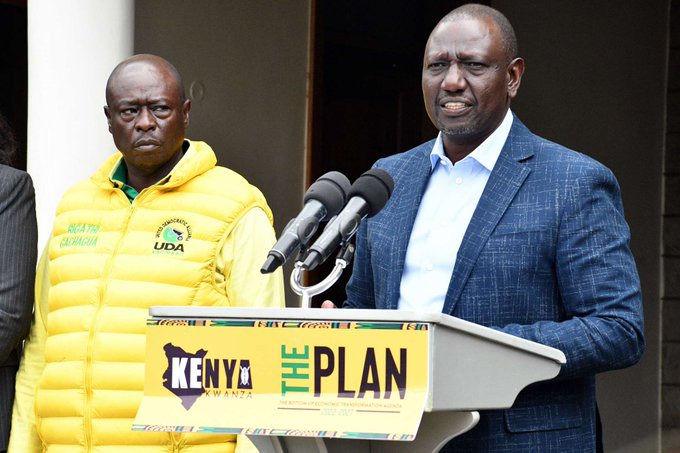 Speaking exclusively in KTN this morning, Makueni Senator and Azimio allied politician has now alleged what the Deputy President Rigathi Gachagua is trying to do as he warns him of a wrong start.

Dan Maanzo has now argued that deputy president Rigathi Gachagua is already trying to impress Kenyans that he can be the Kenyan President one day. However, the Senator argues that he has started it off the wrong way. 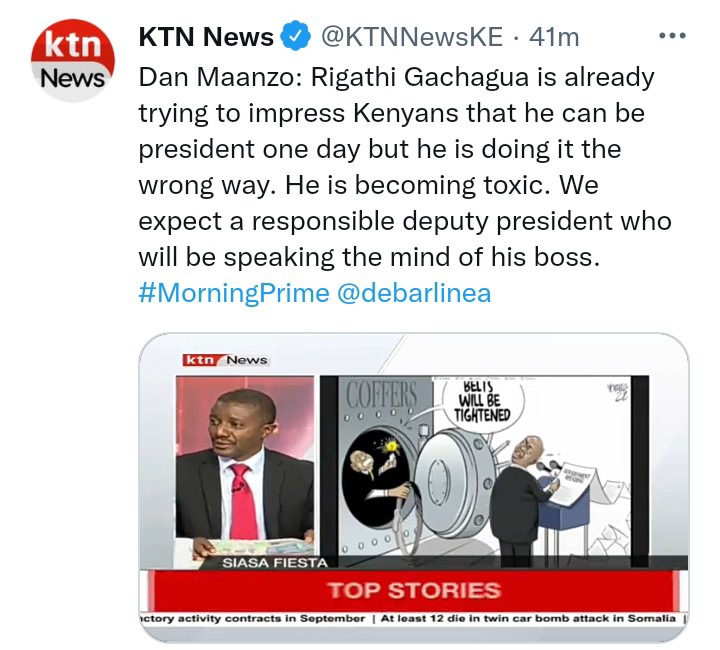 "Rigathi Gachagua is already trying to impress Kenyans that he can be president one day but he is doing it the wrong way. He is becoming toxic. We expect a responsible deputy president who will be speaking the mind of his boss." Dan Maanzo said.

What Mutahi Ngunyi has said about Ruto - Atwoli handshake