By DOMINICKWEYU (self meida writer) | 1 months 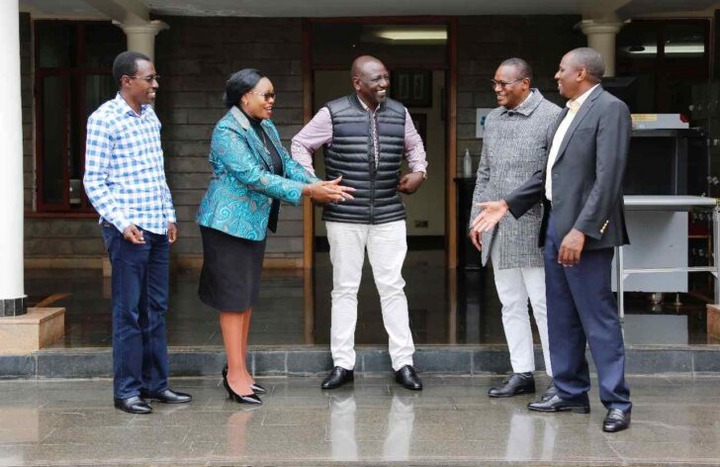 Ruto' s presidency is unstoppable and gives the former prime minister sleepless nights. The Jubilee Party has been rocked by divisions, with most party leaders calling for vigorous changes in the party leadership. The party has also seen a mass exodus, with eight MPs from the Mount Kenya region having defected from DP Ruto' s side in the past two weeks.

According to Raphael Tuju, the general secretary of the Jubilee party, many leaders, especially from the Mount Kenya region who were moving to the DP Ruto camp, have moved after believing they would be defeated in the next general election. It is clear that the majority of Jubilee deputies and governors oppose the idea of the Jubilee Party joining the ODM.

It is a fact what the leaders say in Nairobi and what the field is is something else, because William Ruto has a lot of support on the ground. According to Kiambu Women' s Representative Gathoni Wamuchomba, who also recently defected to Ruto camp, her decision was made after consulting with her Kiambu people, who she said kissed DP Ruto.

Some of DP Ruto' s allies from Mount Kenya have also hinted that more leaders will join DP Ruto' s camp. They also claimed that some senior government officials spoke to Dp Ruto in secret and would soon declare their support for Ruto' s presidency.

Was this article interesting? Leave your comment below and don' t forget to follow me for more breaking news in the country. Thank you very much God bless you all. Below is the video link to watch.